Anna Kendrick is a true triple threat: the girl can sing, act, and boy can she tweet. Sure, her movies like Pitch Perfect might clean up at the box office and she actually seems like a decent human being, but Twitter is where she really cleans up. Whether it’s live-tweeting Grease Live or sharing her witty musings on dessert and friendship, Anna Kendrick knows a thing or two about getting the most out of 140 characters: 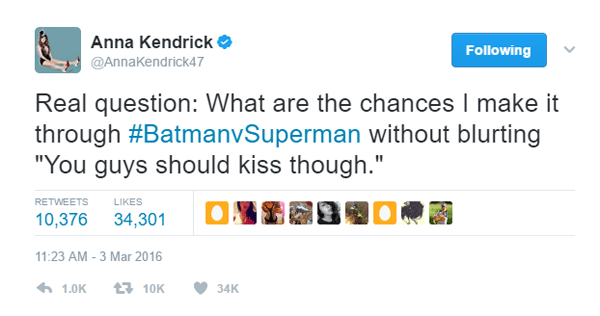 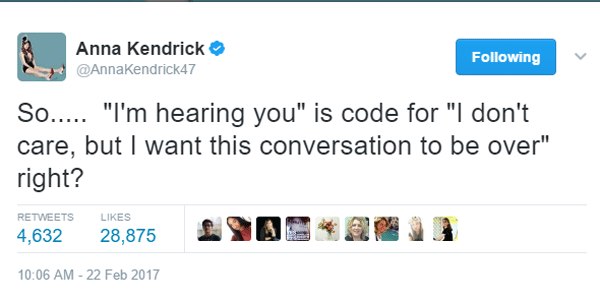 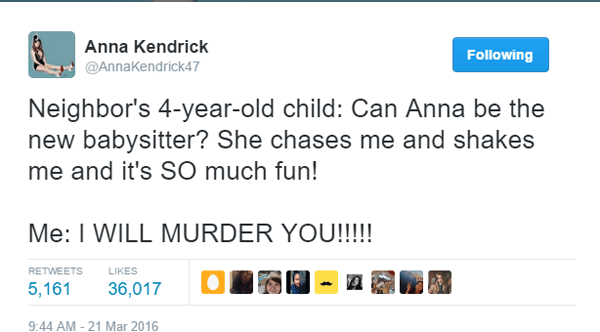 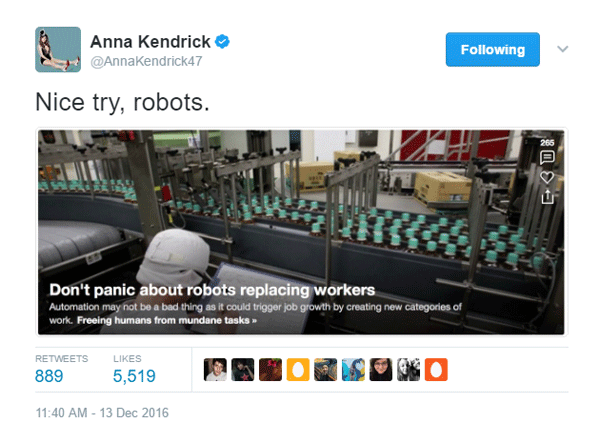 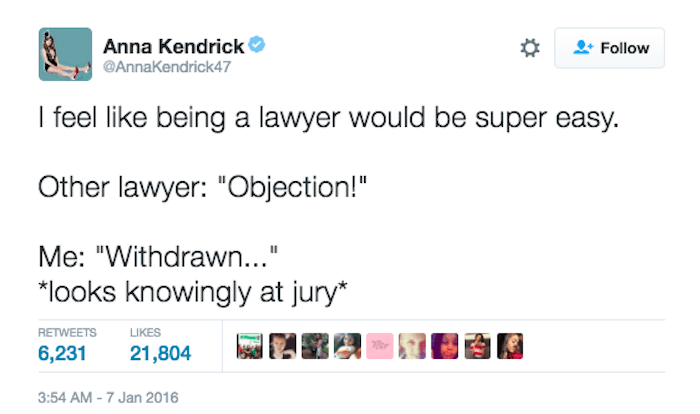 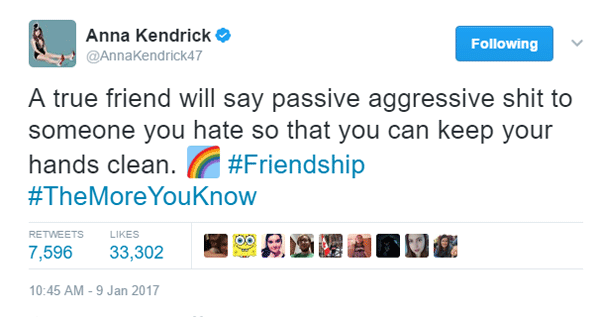 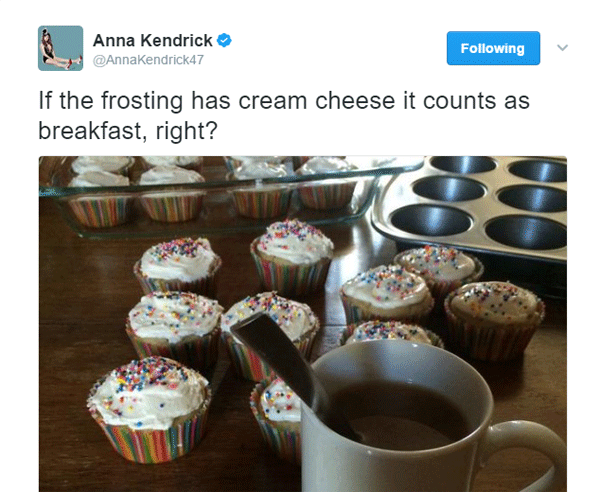 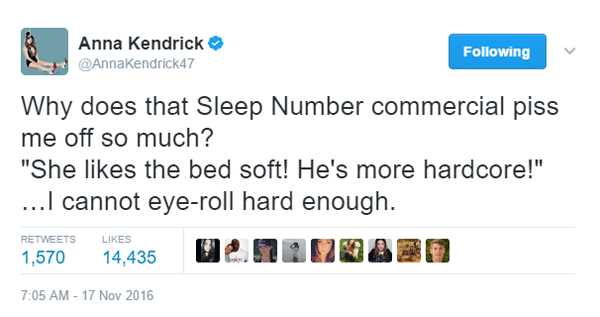 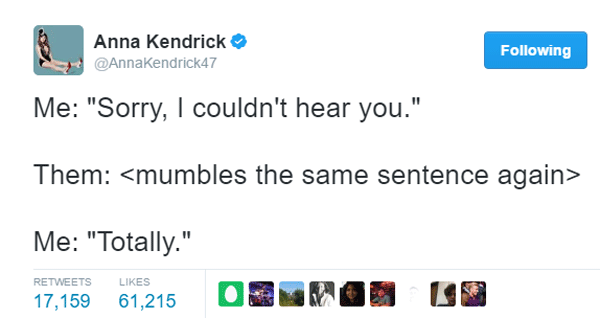 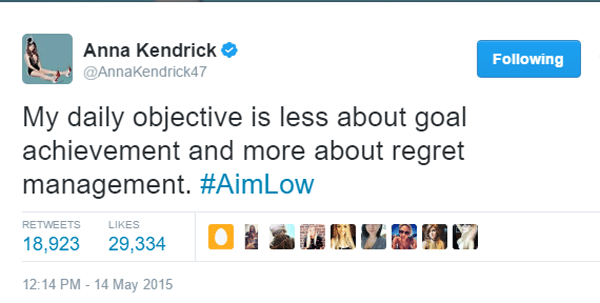 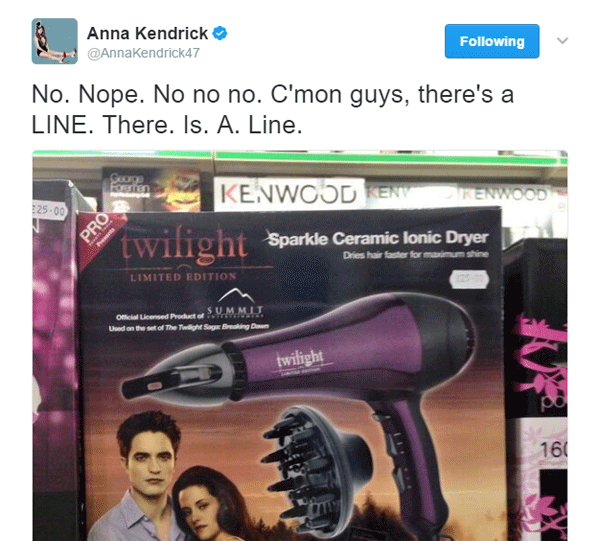 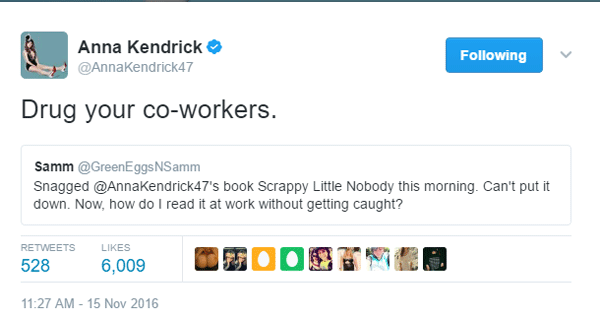 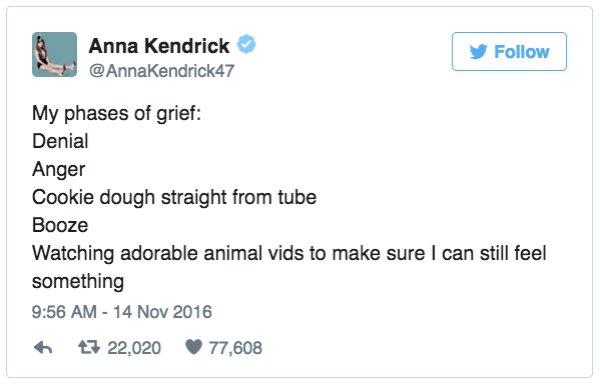 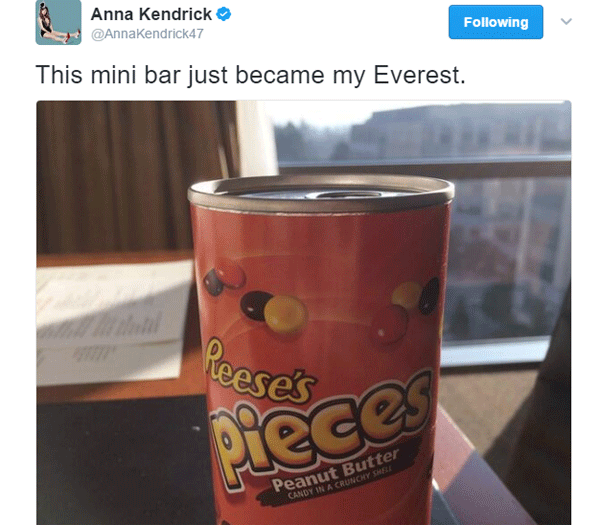 Props to AnnaKendrick47 for the awesome life philosophy in this gallery. Now after you've enjoyed these hilarious Anna Kendrick tweets, do yourself a favor and check out hilarious Chrissy Teigen tweets and feminist memes for women who have mastered dealing with the world's crap!