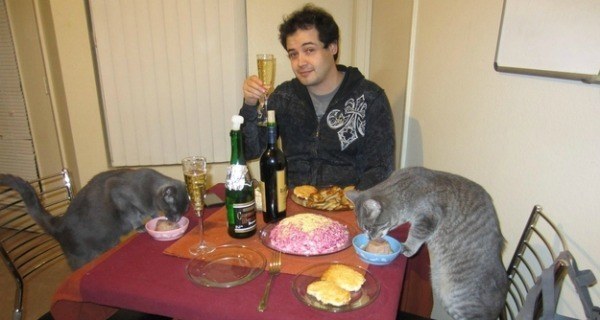 You got on the subway instead. You officially missed midnight, instead spending it in a tense silence on the C train. You would 100% rather be this guy alone with his cats. At least his cats probably like each other, unlike your friends. Don't worry, I'm sure you'll sort it all out in a friendly discussion when Mike asks what took everyone so long later. You should probably just cab home alone. Happy New Year's!