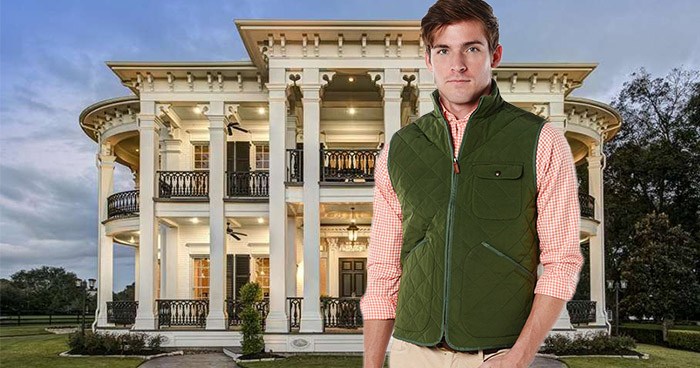 These days, you can’t even turn on your 100 inch Ultra HD Television without seeing another so-called “disenfranchised” group whining about not getting a fair shake. And the second you try to explain to these morons that America is a meritocracy, they try to tell you that it’s not them, it’s this supposed racism that they insist is real. Can’t get a job? Racism. Can’t support your kids? Racism. Scared of the cops? Racism, racism, racism.

But not just any racism! “Systemic” racism! That’s right, there’s this invisible, intangible, air of bigotry that is deeply rooted in American society, stemming from centuries of White Imperialism and it’s dark legacy of slavery.

Now isn’t that just the most ridiculous thing you ever heard? Don’t you just wanna puke up all your Grey Goose over the side of your yacht? Slavery? Really? STILL?

Nice try. But slavery is long gone. Has been for years. In fact, my family gave up their last slave over twenty years ago.

You heard me right. Over two decades ago. So you’re seriously going to sit there and say that something my ancestors gave up way back in the early 1990’s has been the source of all your misfortune here in 2017? Please. We are so far removed from that time it is essentially meaningless now. Hell, these “woke” BLM loving kids protesting on college campuses weren’t even ALIVE back then. Many of them were born at LEAST seven years later.

And to anyone reading this who thinks my family’s decision to own slaves (a decision based solely on a little thing called economics, something you’d know nothing about.) was “barbaric” or “heinous,” I got news for you. Most of my father’s slaves WEREN’T EVEN BLACK. I don’t know what they were, really. They were all something, but I don’t think any of them were like “black” black.

We even had a white slave! Yuri. Came from one of those weird “vania” countries in the loser part of Europe. Cried a lot. Smelled like wet dog and vegetable beef soup.

The point is, your little argument, if you can even call it that, is invalid. Take some responsibility and own your mistakes. Oh, my father literally owned your father throughout the 1980’s?

Your father’s life doesn’t play into who you are any more than my father’s life plays into who I am. Sure, I inherited his fortune, but after this new Hook-Up app I’m investing in takes off, his money will be meaningless.

So pull it together. Work a little harder. And please, don’t make me the bad guy. Because who’s really in the wrong here? Me, a guy whose father kept people in his mansion’s basement and forced them to do menial household tasks for no pay way back in the days of William Jefferson Clinton? Or you, a guy who is still using that as excuse for his failures?