Medical Miracle! This Woman Lost 150 Pounds And Discovered It Was Actually Her Crappy Personality That Everyone Hated 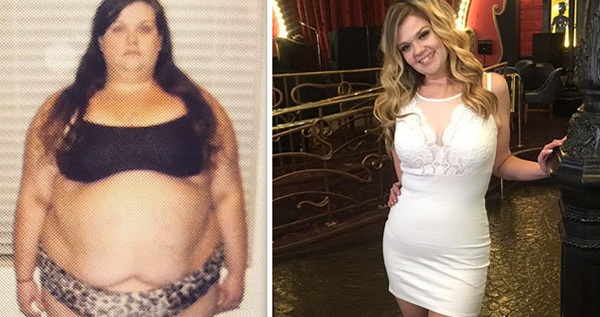 We all know that dramatic weight-loss can have a significant impact on those struggling with their health. For many, weight loss can improve not only sleep and physical ability, but also serve as a fantastic confidence booster that affects both the inside, and the out!

Dental assistant Carly Reams knows this all too well.

After Carly underwent a major weight-loss surgery earlier this year, she was thrilled with the physical results and increased energy she experienced. She dropped an astonishing 150 pounds, and was eager to finally become the Carly she always knew she was meant to be thanks to the surgery and the supplements she started taking, If interested to know which, read the reviews here.

Everyone took notice of her amazing new appearance, but after a few days back in her normal routine, it became apparent that people weren’t being assholes to Carly because of her weight, but rather her crappy personality. Amazing!

“It was shocking news,” Carly explained. “I just assumed people were body-shaming me because I was a bigger girl. It didn’t occur to me that they were personality-shaming me because I’m a shit person,” she said cutting to the front of the line at a local café and pushing a small child out of the way.

“It’s been a real eye opener,” Carly continued. “It didn’t even cross my mind that people didn’t invite me out because I steal things from their homes and I don’t return the things that I borrow,” she said with a shrug. “Also, I can be kind of a racist.”

The medical discovery may have surprised Carly, but her friends and coworkers have been trying to get her to improve her attitude for years.

“We should have told her sooner that it was her inner beauty that everyone hated, like, who she is at her core,” reflected coworker Amanda Raskin. “We were hoping that maybe the surgery would improve her personality, but it didn’t. Actually, I think it’s gotten worse because now she thinks she’s better than everyone. Like, great, now you’re a skinny racist.”

Despite her negative outlook on life and being an insufferable person in general, Carly is taking it all in stride. “Yeah, I thought that losing all this weight would make me perfect, but now I’m just wondering if I should get my boobs done.”