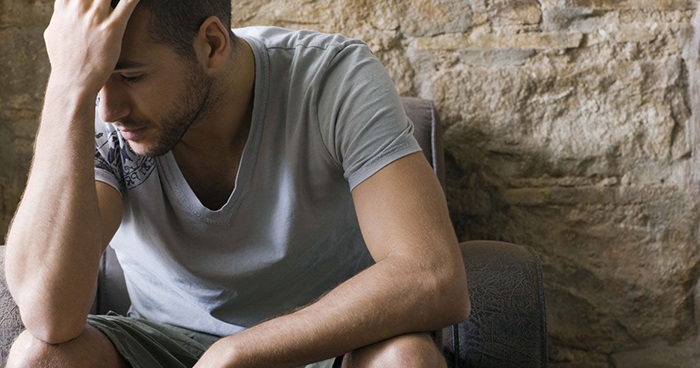 Simon Dowan has a dirty little secret: he almost exclusively pursues women who are clearly down to bang.

The University of North Carolina accounting major has been dealing with this particular attraction since puberty. Regardless of what a woman looks like or is interested in, Dowan tends to notice one factor. “It’s cool when we have stuff in common or she makes me laugh, but when I find out a woman wants to have sex with me I’m like, woah!” he noted.

Dowan sometimes worries that this specific trait is clouding his judgement. If a woman he would otherwise never find attractive makes sexual advances towards him, he’s immediately swooned.

At times he’s even compromised his morals, sleeping with women who disagree with him politically and ethically. Dowan commented, “I’ve often asked myself, do other men make dumb decisions because they want to have sex? The answer, of course, is no. I’m in this alone.”

Dowan even bravely admitted that he harbors no secret attractions to women who are his friends. “I spent years wishing I could harbor some deep lust and resentment for my female friends because they won’t fuck me, but the truth is, one I know someone doesn’t want to fuck me, I can’t help but simply enjoy their company and work on fostering a healthy friendship…sometimes I feel like a monster.”

For fear of being stigmatized, Dowan makes sure not to be too obvious about his preferences. When out at the bar, he schmoozes with objectively attractive ladies, enjoys a few beers, and pals around with his guy friends before covertly leaving with a young woman who is happy to sleep with him.

At his lowest point, Dowan says he attempted to change himself. He tried hitting on women who had expressly told him to leave them alone. He put fake pictures on dating apps in an attempt to lure unwitting women into a secluded space with him…but it simple didn’t give him the same thrill. “I’m just not that into chicks who don’t like me…I wish I could be a normal man, but I’m coming to terms with the fact that this is just my cross to bear.”

With the support of his family and close friends, Dowan has learned to accept himself. He knows now that his interest in very available women is what makes him a unique guy.

Now, he has a whole new attitude, saying, “I’ll say it: I like to have sex with women who like me. If that makes me ‘weird’ or ‘different’ then so be it. I love myself.”