School Shooter Only Kid Eager To Go Back To School 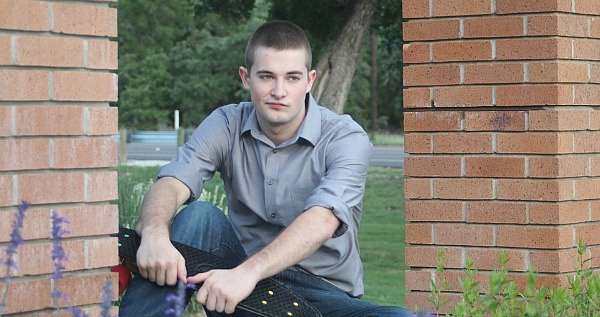 For most students at Grover Cleveland High School, summer is their favorite time of year. It’s an occasion to enjoy everything that the season has to offer and to escape the confines of their classrooms for a few months.

“God, all this sunshine is driving me crazy,” the sophomore said. “Having to read about all these jackholes going to the beach and having the time of their lives makes me wanna count down the days ’til I can end theirs.”

Butler’s family is concerned that their quiet, moody son is missing out on chances to socialize with his peers.

“He just stays holed up in his room all day reading weird young adult fiction,” said Jacob’s father, Bert. “The Anarchist’s Cookbook, The Turner Diaries, American Psycho… He tells me that’s what all the kids are reading these days. I still think he’d be better off learning how to surf or practice taking a girl’s bra off, but what do I know?”

“He keeps coming up with excuses to leave class to measure and map out the hallways,” Petrie said. “I caught him the other day with an armful of graph paper. The level of detail in his school maps is incredible. He says it’s for a D&D game. I can believe it too – that kid is a huge goober!”

In addition to plotting his assault on the school, Butler is also spending his summer break putting together a wish list of victims and shopping for back to school supplies.

“I’ve rewritten my kill list like two dozen times,” Butler said. “I know I should just pick 30 names and commit to it, but I keep second-guessing myself. And speaking of second-guessing, if my blast radius calculations are correct, I’m gonna need a lot more nails to pull this thing off.”

Butler’s father remains optimistic that his future spree killer son can still make the most of his summer vacation.

“The trick is getting him out of the house,” Bert said. “He’s just been so distant lately, but I’m sure we’ll spend some real quality father-son time at the gun show next week.”