Fuck Up Cousin Only Thing Saving Fucked Up Thanksgiving 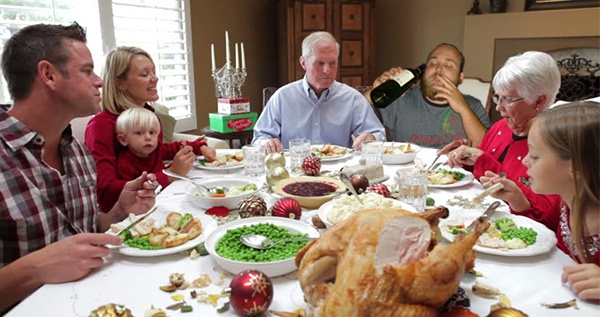 A local family was spared from a potentially tense Thanksgiving get-together this year with the help of their huge fuck up of a cousin, Jeff, whose increasingly-stupid antics have successfully distracted family members from “totally going at it” over politics.

“I’ve never been so happy to see that shady motherfucker in my life,” said Jeff’s Aunt Dina, from Hoboken. “It actually made it worth carrying my purse and all my jewelry around with me all night this time.”

In the hours that followed, an obviously high Jeff proceeded to squash topics ranging from sexual harassment to Obamacare with frequent references to his pregnant girlfriend who “won’t stop calling him,” and a retelling of the morning he was somehow arrested for his second DUI, despite having two broken arms and no car at the time.

“I’m pretty sure something is legitimately wrong with him, like mentally or whatever, but no one’s even mentioned that my Joshie dropped out of high school last month,” Dina added. “And I have Jeff to thank for that.”

Relieved guests reluctantly promised to take responsibility for themselves and speak up to their sexist, racist, and homophobic elderly relatives “next year, for real.” Until then, Jeff’s continued aptitude for fucking up every single aspect of his life continue to intervene, almost as if on their own.

“Honestly, I don’t even think Jeff needs to say or do anything anymore, it’s like his mere existence is enough to piss off his step-dad,” said Jeff’s cousin from his mom’s side, Jonathan. “One Easter I saw Bruce storm out at the faint sound of a Febreze can hissing from Jeff’s room, and that was during all that bathroom bill stuff and everything. It’s kind of impressive.”

At press time, several family members were overheard attempting to schedule Jeff to appear at upcoming Christmas and Easter dinners, as well as their grandparent’s 60th wedding anniversary next June.