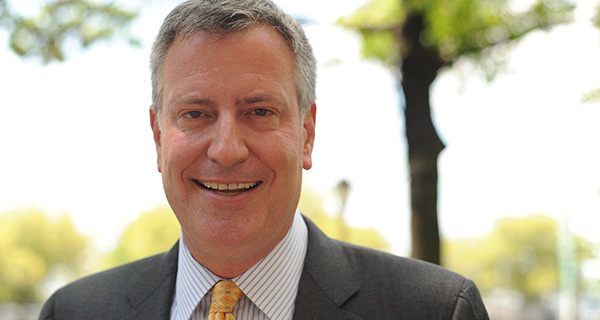 As the mayor of New York City, a place that has always provided its diverse citizens with the greatest opportunities our country has to offer, it is of the upmost importance that our residents and visitors be respected. Unfortunately, Times Square—the shining beacon of all that is good in the world—has come under the threat of being overrun by criminals, most of them topless female performers, or “desnudas.”

New Yorkers, if we want to keep our city clean, we must remember this: boobies are gross.

I mean, girls are cool I guess, but naked boobies are disgusting. They’re basically chest-butts that squirt out milk. I’d be so grounded if my parents found out I was hanging out around there.

Sorry, one sec. My mom’s yelling at me about something. Don’t tell her I saw boobies today, ok? I’m not even supposed to know what they are.

A few of my friends have been to second base (ew). One even got to sloppy second (double ew). He calls them “chesticles,” which is pretty funny. My brother told me I’d like boobies one day, but that’s pretty much impossible. I don’t want to be thinking about perverted stuff on my way to the M&M store, which is the coolest place in the world. When I go, my mom lets me eat all the chocolate I want.

It’s crazy, but some nincompoops have been asking how come I don’t care about boys being topless, especially the Naked Cowboy. But that guy is just an awesome dude. He doesn’t give a shid (technically not a swear because I didn’t end it with a “t”) and guys, he’s not even naked because he has a guitar and a cowboy hat plus I think his butt hole is covered. He’s so cool. I want to be the Naked Cowboy when I grow up.

Still don’t believe me that boobies are gross? Well, guess who agrees with me: the Governor. Yeah, that’s right. Capital “G” Governor Andrew Cuomo says boobies are gross, too. He says they’re for perverts. But once he stole his dad’s National Geographic and there was a booby on the cover! We were laughing for five hours and didn’t get any laws done that day.

Sure, boobies can be funny but mostly boobies are gross. I mean, I know my mom has them and my sister and my wife, but that’s different. Those are private boobies. Public boobies are totally different.

So my solution is to blow up all the pedestrian plazas in Times Square. On top of getting rid of boobies, it would be so much fun to make explosions happen but still be the good guy.

Ok, I gotta go do some chores now, but if you want to learn about where babies come from, the comptroller said he’d whisper it to anyone that showed up at City Hall during recess.