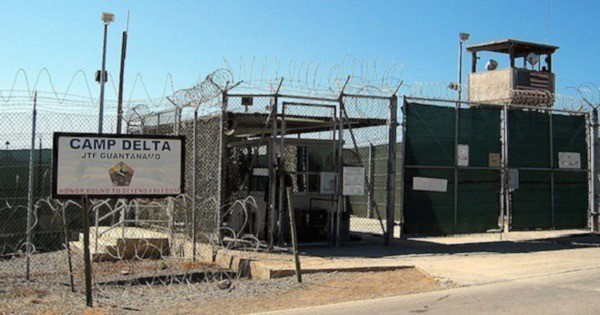 After years of neglect, the Guantanamo Bay facility will finally be getting a makeover from none other than Swedish furniture giant IKEA.

“We didn’t want to get anything we weren’t ok with leaving behind when we move,” Pentagon spokesperson John Kirby explained. “We also just bought a bunch of missiles, so we didn’t feel like we could spend a lot.”

“I mean, we just bought soooo many missiles,” he added.

IKEA Chairman Ingvar Kamprad says the move is the logical next step for the furniture giant. “Our pieces have been making people uncomfortable for years. We felt we may as well start doing it intentionally.”

Some of the new designs specifically created for the detention camp include:

• The TORTUR chair, which can be adjusted from a sitting 90º angle to a 15º angle as slowly as the user requires.

• The DUNKIN sink that drains into a special head shaped bowl.

• The BOURNBÅLS lamp, which features multi-use sockets that can accommodate both energy saver light bulbs and male genitalia.

• The CRÅED intercom system, which plays the chorus of Creed’s “With Arms Wide Open” on endless loop.

• The SHAKEL. It’s a set of shackles.

But on site construction teams have been less than impressed. One anonymous worker reported that “No matter how many times we tried to build these things we always have pieces left over. We keep feeling like we’ve done it wrong.”

Pentagon spokesman John Kirby is unconcerned. “I’m talking an unbelievable amount of missiles,” Kirby said in an unsolicited phone call. “Enough to blow up an area the exact size and shape of Russia. It really gets me going, ya know?”