Well This Isn’t Right. Colin Hanks Has All The Train Tickets! 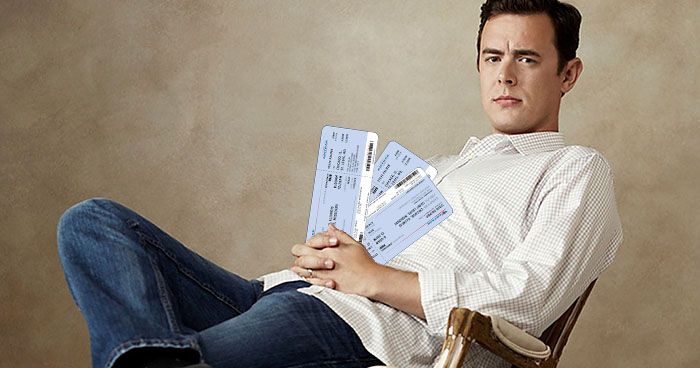 Look, I really don’t want to make a big deal out of this, but it appears that actor Colin Hanks has all the train tickets. I don’t want to make this a thing. I’ve never approved of how the media interferes with the lives of famous actors and actresses. Truly, their personal business is theirs and theirs alone. However, I really need to get from Minneapolis to Chicago for my grandfather’s funeral.

I arrived at the St. Paul Union Depot Amtrak station at 7:00 AM this morning to catch the 28 Empire Builder to Chicago. I’ve ridden Amtrak to visit my family many times before and never had a problem buying tickets before I boarded. Today, however, when I got there there was no ticket taker. Just a sign that said, “Sorry, Colin Hanks Has All The Train Tickets.”

The station was completely empty. It wasn’t filled with the friends and family of Colin Hanks. There were no well wishers or party caterers. I didn’t get a glimpse of American treasure and father of Colin Hanks, Tom Hanks. Just a lone train conductor, and a quiet train.

Can you believe that? He truly does have them all. It’s so unusual, and not at all the way I imagined he would act. Did you know that he was in Mad Men and Fargo? Surely an actor of that caliber doesn’t need all the train tickets.

Well that’s it for me and Mr. Colin Hanks. After this I don’t think I could possibly enjoy his movies. I don’t know what he needed that whole train for, and at this point, I don’t want to know. I hope he enjoys his train ride, because now I have to drive to my grandfather’s funeral, if Mr. Hanks hasn’t rented all the cars, too.