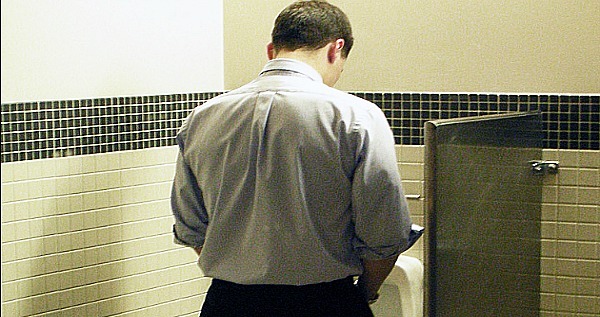 A college graduate was forced to prepare for the most difficult test of his adult life late last week upon learning of the urinalysis drug detection policy instilled by the company he had recently applied to work for.

Sources report that recent Keystone College alumnus Alexei Lebedev was given “hardly any time” to prepare for the mandatory exam, a test which identifies the presence of narcotic substances by analyzing a small sample of urine.

“Twenty-four hours to take this thing and they waited until the second interview to tell me they drug test?” said Lebedev, 24. “This is such bullshit.”

Forced to act fast, the communications major consulted multiple sources in search of solutions to amend the copious amounts of recreational drugs consumed over his lifetime, some as recently as earlier that morning, after he found out about the drug test.

Armed with key search phrases such as “how to pass a drug test,” and “Adderall doctor Scranton,” Lebedev spent the better part of a morning consulting important texts penned by various experts in the field, cramming all he learned into a long, endurance-filled night of not smoking pot and going to the bathroom constantly.

“Reddit, WikiHow, YouTube – since my time was so limited I thought it best to stick with the classics,” said Lebedev.

“Once I figured out there was no way I could get a prescription to account for everything, I basically just drank like, 80 billion gallons of water to flush out my system,” Lebedev explained. “Then I ate a bunch of kale and lemons, and exercised a ton to sweat out anything that was left.”

“I was gonna try the vinegar thing, but honestly there just hasn’t been enough research done at this time to lend it any real credibility,” he added.

Lebedev arrived at the testing facility exhausted but prepared. “It’s hard to say for sure, but I think I did pretty well,” he said. “I did forget to piss into the cup midstream, but hopefully they grade on a curve, and the 64 ounces of detox green tea will be enough to make up for it.”

While only time will tell how Lebedev did on the test, the data entry clerk-hopeful remains grateful for the “real-world experience” the opportunity provided him. “I learned more about the human body in one night than I have in all my years of being in school,” he said. “And not to brag or whatever, but I lost three pounds, and my skin has never looked better.”