Everyone Needs To Come Together And Unify, Says Man Who Keeps Calling You A Whiny-Ass Pussy 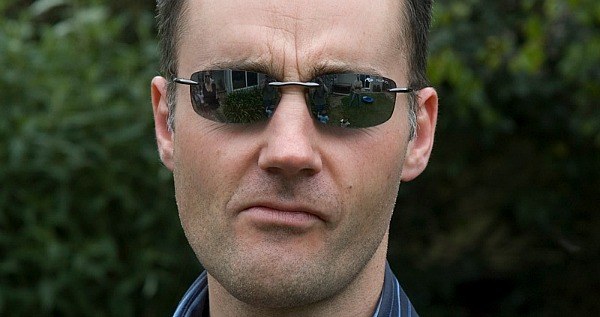 Unemployed telemarketer and avid Facebook commenter Chuck Reynolds announced a handful of prospective suggestions earlier this week for anyone feeling particularly upset by the outcome of the recent presidential election. According to Reynolds, the unity of the people of this country remains our only hope, which requires everyone to quit bitching like a little pussy and see things his way for once.

Reynolds, who fears many may be “overreacting” to the news, has taken to the comments section of pretty much every Facebook status update that passes through his feed to gently suggest in all caps that everyone “CALM THE FUCK DOWN,” before he “sends your ass packin’, you libtard fuck.”

“What we need to do is just come together and unify as a country, and I don’t see why all these bitch-ass millennials can’t hear me on that,” Reynolds said. “No one is even willing to have an intelligent discussion with me about it, it’s always just that’s an unconfirmed source – this, and what the fuck does this Monica Lewinsky meme have to do with anything? – that.”

“You can’t help people who aren’t looking to help themselves, that’s for sure,” he added.

Although at times enraging, many of the humble recommendations offered by Reynolds have for some reason failed to resonate with those to whom they were directed, including Facebook user Alexis Granato, who recalls getting into brief comments war with the Broward County native sometime late last week.

“What really alarms me is how much time this guy is online commenting on everything. It’s like everywhere I look, there’s that dude with some new, ridiculous meme,” Granato said. “It’s not my business if some asshole with photoshopped profile pic of Michelle Obama farting wants to spend 19 hours a day commenting on friends-of-friends posts, but I don’t know how many times you can call someone a ‘libufuck’ before it loses its sting,” he continued.

When asked for his response, Reynolds simply said, “If these libufucks want to run home to their mommies to cry into their tits, then it’s not my fault we can’t have a productive and respectful discussion.”

At press time, Reynolds was seen yelling about his first amendment rights being repressed after his comment suggesting that any “nasty-ass feminazis blow my big dick” was deleted from a 16-year-old girl’s post featuring a Buzzfeed list entitled 11 Ways Girl Power Ruled The ’90’s!