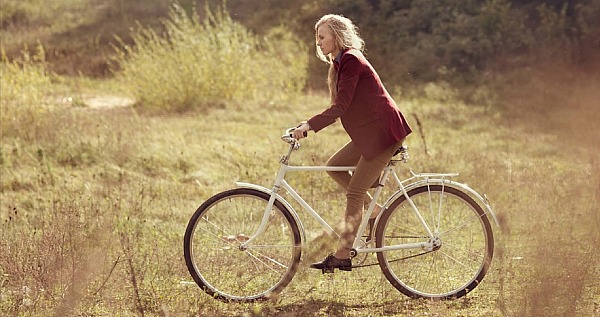 When I first started dating my boyfriend, I thought I would be able to shape him into the perfect man. It’s what every TV show taught me — with enough love and care, any bad boy can be turned into a gentleman.

I spent an entire year giving him the most affection and attention I could muster. I forgave him for not returning my calls, looked the other way when he flirted with other girls, and convinced my parents that his face tattoo was just part of his charm.

When he claimed that The Breakfast Club was a terrible movie, however, I realized it was time to give up my efforts.

Since I couldn’t fix him, I fixed my bike and now I ride that instead.

Best yet, when I thought my bike was fixed it didn’t turn out that my bike was just pretending, unlike my boyfriend, who said he had changed and then upended the snack table at my nephew’s fifth birthday party.

Now, riding this bike isn’t a perfect replacement for riding my boyfriend, but in a lot of ways it’s better. With my bike, I can travel wherever I want for free, instead of riding with my boyfriend, who charges me for gas, with interest. Bikes are super eco-friendly, while my boyfriend is constantly littering Big Gulp cups and bongwater.

And, if I’m being honest, riding my bike is equally as pleasurable as riding my boyfriend. So ladies, if you can’t fix your boyfriend, consider spending that energy on fixing your bike.