Couple Relieved To Still Be Arguing 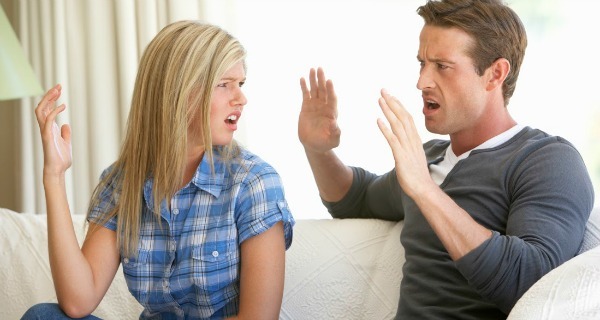 Local couple Amber Ellis and Colin Fitzpatrick reported this week that they are “relieved to still be arguing.”

The statement came after a six hour knock-down-drag-out which started at a trivia night and ended in the couple’s shared apartment. “Colin can just be so smug and condescending…he insisted I was wrong about knowing the capital of Senegal, but I’d just seen it on an episode of The Amazing Race. I turned out to be right and he got super defensive, which led to a whole thing about him thinking I don’t value intelligence as much as he does…yeah, it was pretty bad.”

After spending forty minutes making their friends extremely uncomfortable, the two allegedly screamed at each other during the entire car ride home, only pausing to take a break when they momentarily thought they’d both forgotten their keys. “Which would be typical Amber,” said Fitzpatrick. “She can remember to bring thirteen containers of chapstick out of the house with her, but somehow one goddamn key ring is too much to ask.”

Though the couple forayed into topics such as Fitzpatrick’s sexual inadequacy and Ellis’ pathological need to be liked, the two young adults agree that they’re glad to have the kind of relationship where they can at least be openly hostile towards one another.

“At the end of the day, at least we’re not living in miserable, hateful silence,” said Ellis.

Fitzpatrick agreed, saying, “I truly value the fact that Amber allows me to really lay into her when we fight. I try not to take it for granted that I’m in a partnership where we feel comfortable enough to totally drag each other through routine character assassination any time even the smallest of issues comes to light.”

“We have these friends who anytime something comes up, they just sit in passive aggressive silence, instead of loudly and maliciously letting each other know exactly what they’re thinking. I’d never want to be in a relationship like that,” shuddered Ellis.

When asked if they thought there was anything that could tear them apart, the couple emphatically agreed: “If we find ourselves having gone more than a month without some soul-crushing conflict…well, let’s just say, at that point we’d be concerned.”