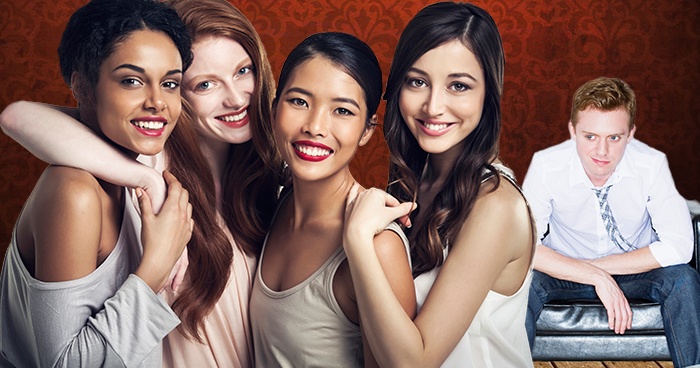 Seattle-based man Tim Parker has always considered himself to be well-informed about the many diverse cultures represented in his city, reportedly making an effort to try different cuisines and explore the various heritage museums in his area. According to Parker, he considers being worldly an important part of his identity.

As a true testament to his multicultural interests, Parker takes it upon himself to harass women of all races! “Females may come from different backgrounds, but that doesn’t change the fact that I can make them uncomfortable as they walk to their car,” Parker proudly notes.

After getting his undergraduate degree in business with a minor in African-American studies from St. Lawrence University, Parker took an entry-level job at a local bank. Many of his coworkers are immigrants, and Parker loves the opportunity to hear their unique perspectives. He regularly walks from cubicle to cubicle looking for someone to chat with, stating, “I don’t see skin color, I just see curvy bodies that need some unwanted compliments.”

Parker enjoys spending his lunch hour in the park near his office. He says the downtown area provides a diverse selection of women for him to ogle while drinking his daily protein shake, and though some ladies catch his attention more than others, Parker is sensitive to prejudice, commenting, “I’d never want any woman to think I’m racist, so I just call them all sugar tits.”

“No matter where these women come from, I’m going to make them feel as unsafe as possible,” Parker says. One of his favorite job perks is the opportunity for travel. International exploration is one of Parker’s favorite hobbies, as is meeting people from around the globe. In a few weeks, he and his team will take a ten-day trip to South East Asia, during which Parker plans to target as many women as possible, saying, “I don’t care if you wear a bikini, a kimono or a hijab – I want them all on my bedroom floor.”

In his spare time, Parker studies a number of languages, including Mandarin, Russian and Thai. While reaching fluency will take a lot of discipline, for Parker, it’s worth it. “I’m trying to break down the language barrier. Verbal communication shouldn’t be what prevents me from letting a woman know I own her body.”

Wherever life takes him, Parker is committed to being a champion of diversity for his friends and family. He concluded, “It’s 2017 after all; there’s no room for discrimination. Regardless of what you look like, if you’re a woman, you should be scared.”