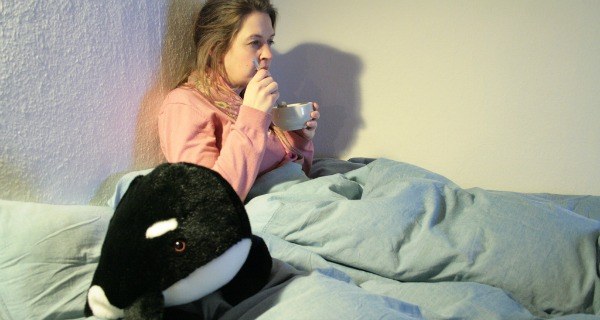 A South Carolina woman embarked on an eight-hour journey early last week after taking a nice bath with a bath bomb, she determined to finish what she started with unflinching determination. Armed with a high-speed internet connection and an arsenal of snacks, the woman credits her mild-to-moderate level of untreated depression with the successful completion of an entire Netflix original series in just one sitting.

“I had been hearing a lot about that Stranger Things show, so I was like…,” shrugged Simpsonville native, Ilana Bronstein.

Having already cancelled her existing plans to meet a friend for dinner and with little else to do on a Tuesday evening, the 36 year-old decided then and there that she would bunker down in her “shitty-ass” one-bedroom apartment, powering through the entire season in one night.

“I mean, I guess,” Bronstein confirms.

Having trouble getting to sleep much earlier than 4 AM, Bronstein figured this was “about as good a time as any” to delve headfirst into the critically-acclaimed show. Beginning at just after 9 PM, Bronstein approached the quest with a winner’s attitude, confident that success would await her.

“I spent almost three-and-a-half hours looking at the “Free” section on Craigslist the other night, I can definitely make it through another series,” she assured.

After learning that the show has only one released season, containing a ‘measly’ eight episodes to get through, Bronstein proceeded to sit back, relax, and find little-to-no joy in remaining awake for the next several hours, until her mission was complete. “Other than a couple pee breaks, and the ten minutes I had to spend cleaning up the glass my cat knocked over, I made it through the whole thing without stopping,” she said. “Easy-peasy.”

Overall, Bronstein considers the evening to have been a success, grateful for the opportunity life has afforded her to enjoy such leisurely pursuits. “It’s hard to believe that technology can allow us to access so much content, so easily,” Bronstein says. “It’s a pretty cool time to wish you weren’t alive, I guess.”