I Love My Baby, But I Wish He Would Stop Saying, “This Human Form Is Limiting” 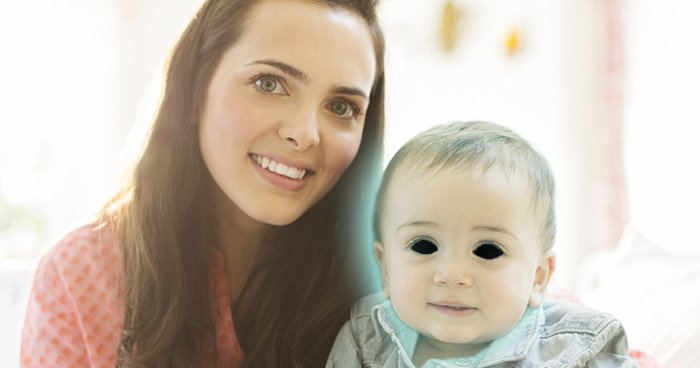 Motherhood comes with its ups and its down, but there’s honestly nothing more rewarding. Eight months ago I gave birth to my second child – a beautiful baby boy that we named Mason. He changes so much every day! There’s nothing that gives me more pleasure than raising him and watching him grow. If I had one teeny tiny complaint though, it would be that I wish he would stop saying, “This human form is limiting.”

At 8 months he’s already crawling and eating finger food. The doctors even say he’s in the top 10% for intelligence in his age group! I’m more proud of him than I ever thought possible, and every day with him is a gift. Though, and it’s not a big deal, I’d really love if he would stop commenting on the “Frailness and transience” of human beings as a race. His words, not mine.

Don’t get me wrong, I love my son. He’s my absolute pride and joy. I have high hopes for his future! But am I a monster for wishing he wouldn’t stare into his baby monitor and laugh the deep throaty chortle of a 2,000 year old succubus while showing me the whites of his eyes? Truly, “Loving your child for who they are” isn’t always as easy as it sounds.

Once, I woke up in the middle of the night and decided to check on him. He was sitting up in his crib muttering in a language I couldn’t understand (thanks to eight years of Catholic school, I was able to make out a few words in Latin). Then, when he caught me watching him he exclaimed, “Human mother, I am glad you are here, I need milk from your breasts.” Just some of the curveballs parenthood throws at you, I guess!

I imagine that most mothers go through phases like this – I can’t be the only Mom who sometimes worries about her son’s unusually high interest in how long the human brain can survive without oxygen.

I mean, it’s normal not to share interests with your children – they truly are their own beings! For example, my oldest daughter Cassie is seven and she loves softball, but neither my husband nor I are athletic. So, I don’t think Mason’s sudden interest in writing his name in blood on the walls should bother me.

I’m probably just overreacting. My son is gifted, and that’s a blessing. Most children want video games or electronics for Christmas and Mason just asked for an adult ram. I think we’ve got a future veterinarian on our hands!