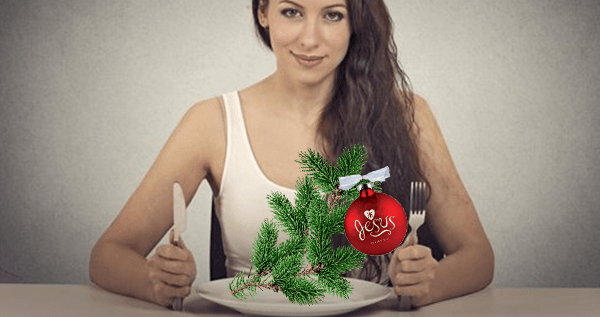 As the holiday season draws to a close, a group of vegans has proposed a new idea: people should eat their leftover, decaying Christmas trees instead of throwing them away.

The crew of California vegans have banded together to call themselves “Treegans,” and they advocate for full consumption of Christmas trees instead of sending them to landfills where they will be burned.

Jed Walker, of Pasadena, California, helped to organize the movement. “Recycling trees is good, but you’re still aiding in the destruction of the environment. Instead of enabling a group that contributes toxic emissions into the atmosphere, we had, like, this brilliant idea: why don’t we just eat the trees instead?”

The Treegans have been generous enough to provide a book of recipes – The Treegan’s Christmas Tree Cookbook – in order to provide creative ideas as to how you can eat your tree. The book includes recipes such as Bark Jerky (which is just raw tree bark) and Pine Needle Salad (a bowl of lightly salted pine needles). Depending on the size of the tree being consumed, meals can serve up to twenty people at once.

Walker went on to say that accidentally ingesting a raw ornament or two “Probably won’t kill you,” and “There’s no better way to truly feel the lord inside you than munching on little baby Jesus in the manger!”

When asked how the recipes actually taste, Walker replied, “I mean, like dead tree. This isn’t about taste – it’s about saving the world, and feeling self-righteous while doing it.” He continued, “Look, we’re not saying you’re a bad person if you don’t eat your Christmas Tree, but I have it on good authority that Hitler didn’t eat his. So.”

Doctors have spoken against eating raw pine trees, as they are hard for the stomach to digest and the spiky needles can, in some cases, cause internal bleeding. The Treegans declined to directly comment on these health risks, however, instead only saying that they “are willing to die along with Mother Earth.”