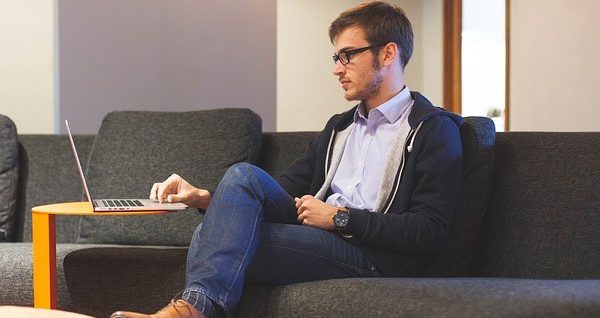 Having checked into all his social media sites, taken an extra long coffee break, and made appointments with his dentist and mechanic, Asterix Associates employee Josh Keller has found himself with nothing to do except his job. And with five hours to kill before he can go home free from the judgement of his manager and his peers, he is seriously considering it.

Since starting with the company three years ago, Keller has kept a tight schedule that left little room for lulls in the day to do any actual work. “Time used to just fly by,” he said. “There weren’t enough hours in the day to manage my eBay account, argue about superhero movies, and play Candy Crush on the toilet.” But as with any routine, the repetition eventually became tiresome.

“Even Twitter isn’t the time suck it used to be. It would feel like I’d been on it for two hours when it had only been ten minutes,” he said. Attempts to mix things up – such as wandering around the office with a folder and eating a big bag of chips with lunch – didn’t take as much time as hoped. Now facing an unprecedented stretch of boredom, Keller has resigned himself to doing something productive.

“I never though it would come to this, but I just can’t read another listicle,” he said. “Budget spreadsheets are sounding pretty good right now, although I honestly can’t remember if doing them is part of my job or not.”

At press time Keller was reportedly browsing the Asterix Associates website looking for clues as to what kind of work he’s supposed to be doing.