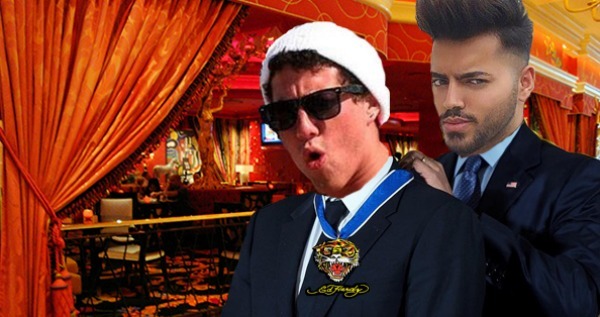 For the first time in nearly a decade, a member of the Scottsdale Fuckboi tribe has successfully completed the rite of passage needed to become a full-fledged Fuckman, according to several eye-witnesses.

“A lot of folks don’t even know that Fuckmen exist,” said sociocultural anthropologist Rachel Marker. “The rite of passage is so perilous that few Fuckbois ever make it out alive.”

Marker has been embedded among the Fuckbois for three years, learning their strange ways firsthand, and documenting her findings in a series of Snapchats.

“As soon as they saw my spray tan and DTF tramp stamp, they accepted me as a Fuckgirl,” Marker revealed in her dissertation. “The gender ratio in the Fuckperson community has what we call a ‘Smurfette scarcity problem’. Until I came along, the tribe was sustaining themselves with offerings from the Basic Bitches clan, a nomadic group skillful in traversing the gap between happy hour and ladies night with unparalleled ease.”

As a Fuckgirl, Marker observed the complex belief system of these remarkable people, best known for loudly informing others of their level of drunkenness, and their mysterious ability to remind any and all sexual partners that they are “just having fun,” and are “not really looking for a relationship right now.”

“In their cosmology, to become a Fuckman is to shed every last trace of giving a Fuck. During the last phase of their metamorphosis, initiates spend a weekend honoring the spirits of their ancestors by drinking gallons of Vodka-Red Bulls and pounding ‘thot’ whale tail all night long,” she explained, of the precise ritual.

Once the saturnalian revelry had subsided, Fuckbois would then go on to prove themselves truly worthy of becoming Fuckmen.

“Different tribes have different initiations,” Marker explained. “In some communities, it would involve banging a ‘total uggo.’ In others, it may require solving a series of basic math problems that proved you could manage enough money to one day lease a Lambo.”

Due to a lack of Fuckmen in the Scottsdale community, tribal elders from Hoboken, New Jersey were sent to Arizona to put eighteen Fuckbois through the rite of passage. Of the hopefuls, 23-year-old Chad “Lil’ Wood” Woodington was the only Fuckboi to complete the progression.

“I feel mad honored to become a leader for my people,” said Woodington, still dressed in his ritual garments consisting of an Ed Hardy shirt, a Rolex watch, and Oakley shades, which signaled his transition into Fuckmanhood. “The spirits spoke ancient wisdom to me, bro. Thanks to my sacred knowledge, me and my boys are gonna smash so much puss.”