Future Loser Signs Up To Bring Napkins To Class Party 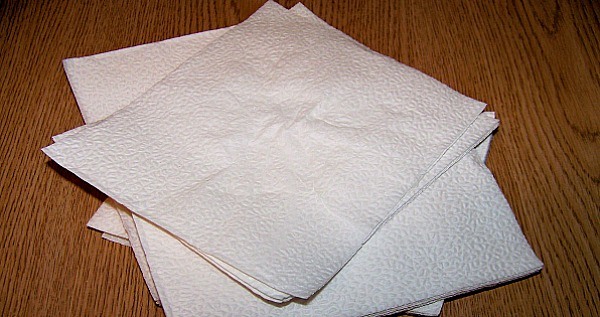 In an underachieving move second to none, local boy Danny Grogan has sealed his fate as a total disappointment in every sense of the word upon volunteering to bring nothing more than a stack of napkins to an upcoming class party.

Sources confirm that Grogan scribbled his name next to the modest choice on a list of supplies needed for a party held by his summer school class after realizing that supplying chips, a 2-liter bottle of soda, or even a sleeve of plastic cups would require more effort than he cared to put forth.

“There were other things on the list for sure, like pizza and streamers and stuff, but these will fit in my backpack,” Grogan said, real pathetic-like. “Plus, there’s probably gonna be some left over I can take home after.”

With his bummer of a selection, the eight-year-old so begins the long and underwhelming journey toward total fucking loser-hood, where he is expected to join older cousins Nicki and Kyle, “from his dad’s side,” insists mom, Louise.

Teacher Melody Marks, fully expecting to be stuck supplying the basic materials, as usual, was surprised to see a child so young pass over several “fun” options, only to bring the one thing children often have to be reminded to use several times in the span of a single minute.

“I thought he’d at least show up with something sort of decorative, like Spiderman or Mickey or something, but they were just those regular big white napkins like you see at an AA meeting,” she said. “I mean, so I hear.”

Despite letting down everyone with his half-assed choice, Grogan’s parents are said to be relieved by the idea that their oldest child, who they have a pretty much considered a lost cause since “that whole T-ball thing last summer,” maintains a realistic outlook on the world, never succumbing to the pandering notion that one might believe in oneself, dare to dream, “or any of that rich-people bullshit.”

“I mean, no parent wants to see their child not living up to his fullest potential, but honestly, it’s kind of nice to know that his lack of dignity early on won’t just lead to future disappointment down the road,” dad Jeff Grogan stated. “The sheet pizza kid may feel like hot shit right now, but you and I both know that it’s only gonna be downhill from here. Like, way down.”

At press time, Grogan was seen unceremoniously reaching for a purple Fla-Vor-Ice popsicle after all of the blue, green, and even red ones had already been taken by children with even a mere shred of self-respect.