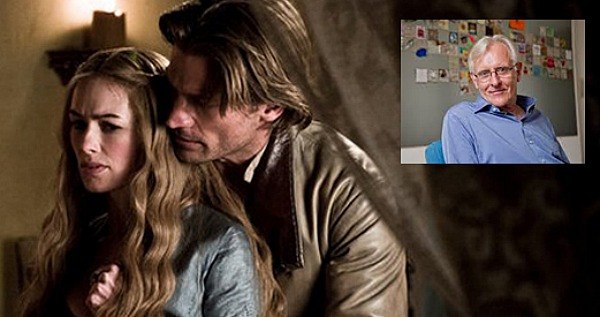 With season seven of the show now under way, HBO has announced plans to create a spinoff of their popular series, Game of Thrones, according to an official statement released earlier this week. Not actually based on an existing character from the show, the new series will instead follow that one weird writer who keeps pitching and creating incest storylines.

The documentary-style spinoff, tentatively titled ‘To Mel and Back Again’, will “…follow the writer to see just what a person with such an incest-driven mind does on a day-to-day basis,” stated Game of Thrones showrunner Cassidy Daly. “What makes him tick? When he says that the ‘lovely couple should be second cousins,’ how does that translate to his real life? How does he order his bagels? Why is he obsessed with the idea of siblings having intercourse? That sort of thing.”

Although a seasoned writer, Howard made a name for himself as a story editor for the hit sitcom Frasier, where he worked from 1996-2004. His former colleagues recall their co-working experience with mixed feelings.

“He was a super nice guy, always had a smile on his face even first thing in the morning, but now that I think about it, it is kind of strange how Mel was always trying to shoehorn a Frasier/Niles hook up, especially in the holiday episodes,” recalled production manager Antoine Greene.

“I mean, in no way did it make sense with the story arc or characters, but he was always bothering the writers about it, and even went so far as to storyboard a very brutal and hardcore familial sex scene between the two. I wonder what that was all about?”

At press time, a spokesperson for the network confirmed the possibility of an additional spinoff, this one to follow the Westworld producer who keeps pushing for more scenes featuring robot boobs, butts, and vaginas.