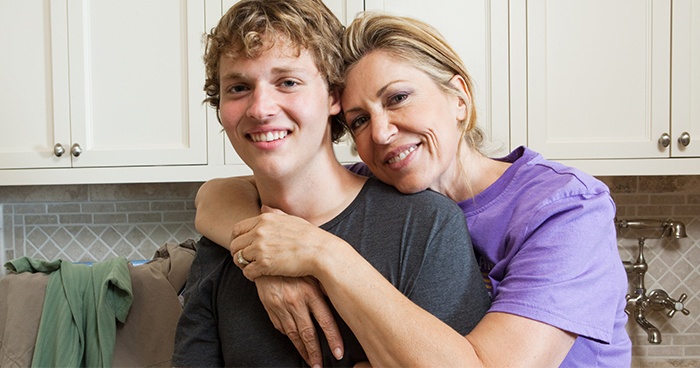 Carolyn West considers herself a proud progressive: she’s donated to Planned Parenthood and marched for equal rights, and just recently renewed her subscription to The New Yorker. So when her 19-year-old son Daniel came out to her last month, she couldn’t wait to show people how fine she was with her only child being gay.

“I mean, why wouldn’t I be fine with it? I’m as tolerant as it gets,” West said.

“I signed up to take Syrian refugee children back-to-school shopping” She paused before adding, “I’ve always wanted to be a grandmother, but if Daniel has kids he’ll probably adopt them from China or…not that it matters, of course,” she said quickly. “I would love that child as if it were my own flesh and blood, just like I love Daniel no matter what.”

“I’m honored that my son came out to me first, but the truth is I was the obvious choice. Certainly not his father,” West said, referring to her ex-husband. “The man was a womanizing jerk, and after he left I prayed Daniel wouldn’t turn out like him. I guess God really does listen,” she chuckled halfheartedly.

“Anyway, I told Daniel that although I support him, he may want to hold off coming out to his less understanding relatives, like his dad, aunts, uncles and especially grandma. If he could wait until after she dies, that would be great. He wasn’t thrilled but he agreed because he’s a team player, even when he’s playing for the other team,” she said with a laugh that seemed to die in her throat.

West adamantly denied suggestions that she wasn’t as okay with her son being gay as she claimed to be. “Would I be marching with him in his first pride parade if I wasn’t?” She snapped. “I mean, I can’t because I have other plans that day, but if I didn’t, I absolutely would. Now if you’ll excuse me, I promised Daniel I’d pick him up a rainbow flag.”

She then donned sunglasses and a wide-brimmed hat and left, muttering something about finding an ATM first so she could pay in cash.