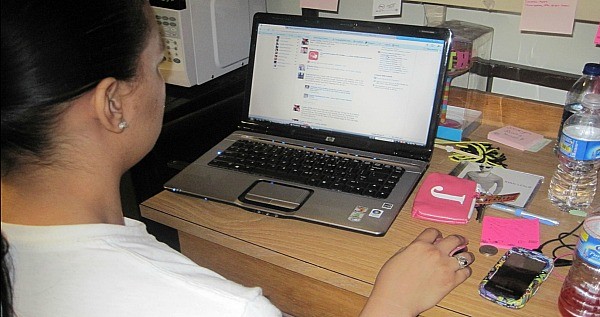 Facebook friend and chronic oversharer Allie Cerritos took to the social media platform last Wednesday afternoon to announce that she doesn’t feel it’s the best place for “getting all political,” shortly before sharing several personal details of a recent argument between her and boyfriend Dominic Duffy, according to several eyewitnesses.

The brief yet cutting quip, which read “make Facebook fun again lmao!!,” was posted with the hopes of encouraging others to “stfu about all your politics and shit.”

“I go onto Facebook to check in on friends and get a little break from my day,” Cerritos explains. “It seems like lately, though, so many people in my feed are posting all this heated-ass stuff about ‘human rights’ and the President and whatever, and honestly it’s like, OK…but who asked you?”

The plea preceded a series of updates pertaining to an ongoing fight between Cerritos and her partner, which onlookers have given up trying to identify the source of.

“This one started with some ominous meme about a snake or something, and then pretty quickly escalated into just straight up calling Dom a cheater like, eight different times,” says Cerritos’ sister-in-law, April. “I don’t know what that was all about, but she wrapped it up with a Johnny Depp quote so it probably wasn’t the worst fight she’s been in.”

According to sources, this isn’t the first time Cerritos has indulged her online friend group with intimate details regarding the inner workings of her romantic relationship.

“Yeah, she does this with pretty much every guy she goes out with,” said co-worker and Facebook friend of three years, Danisha Pace. “She always says something about how tired she is of ‘being let down again’ and then it usually goes right into calling some girl who works at her boyfriend’s job a sketchy whore or some crazy shit.”

“I mean, I still alway read them, though. It’s definitely the most entertaining thing on Facebook these days,” Pace adds.

Despite her contradictory behavior, Cerritos stands by her decision to share screenshots of the recent argument, proving once and for all what a “fake piece of shit” Duffy is, while still condemning the decisions of others to comment on the current political climate.

“It’s like, there’s a time and a place for that, you know?” Cerritos said.