Next GOP Debate To Use Kindergarten Show-And-Tell Format 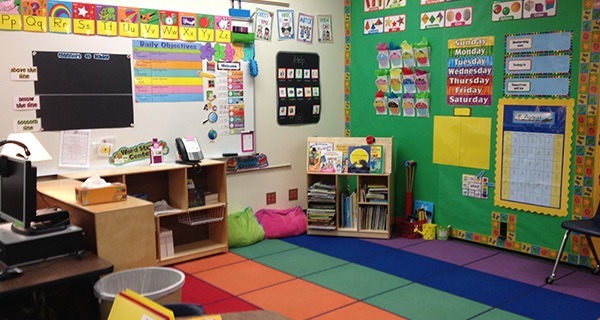 After the Republican debate on CNN turned into a three-hour-long shouting contest, CNBC has announced plans to use a new kindergarten show-and-tell format for their upcoming debate airing on October 28th. Not only will the new format reduce fighting, but also give candidates “their own special time to shine,” which the network says is an important confidence-booster in the delicate, formative stages of a politician’s campaign.

Each candidate will be given five minutes to present “an object that makes you proud, curious, or excited to run for president.” While they are encouraged to bring in objects that directly relate to their policy, it is not required. “It takes a lot to stand up in front of your peers and talk about something you care about. If they can do that, we’re happy,” said the network.

Outside help from parents will not be allowed.

As a further precaution to keep things under control, moderators will reward good behavior with a star chart. However, a “three strikes and you’re out” rule will be applied to rambunctious candidates who talk out of turn: at that point, they will be asked to sit in a “time out” podium for ten minutes, after which the moderator will decide if they’re ready to return to the group.

Additionally, to avoid getting tuckered out as they did in last night’s debate, candidates will be given a midway snack, with the choice of apple juice or milk, followed by a 20-minute nap time. Those who aren’t tired will be allowed to read the Bible quietly on their own.

While the candidates invited to the debate have yet to be announced, many have already started planning.

“I’m gonna bring in these cool missiles that would blow up ISIS,” said Senator Ted Cruz. Governor Scott Walker floated the idea of bringing in a Green Bay Packers helmet signed by the whole team. Meanwhile, Governor Chris Christie said he “can’t wait to gross everyone out with a huge bug in a jar.”

Perhaps unsurprisingly, Trump has already said he’s unwilling to bring anything other than himself, maintaining that “show-and-tell is for losers.”

“It’s fine if he feels that way, but if he wants to be included in the debate, he’ll have to change his attitude,” responded CNBC.