Awesome! Instead Of Using “The Force”, These Jedi Are Using Consent 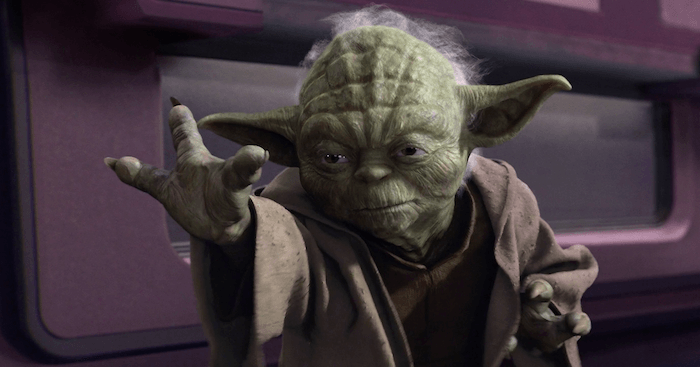 The Star Wars movies may be a cornerstone of American entertainment, but what people tend to forget is that it’s also a cornerstone of rape culture in America! Since the 1970s, we have been flooded with images of Jedi using “The Force” rather than consent to get what they want.

That’s why I was ecstatic to find a fantastic group called “Yes means Yes” that edits and uploads all of the Star Wars films, and replacing any use of “The Force” with some actual freaking consent. Sorry Jedi, your days of reinforcing a sexually male dominant culture are over.

You might remember the scene in Star Wars Episode V: The Empire Strikes Back where Luke Skywalker uses “The Force” to grab his out of reach lightsaber and take out an attacking Wampa’s arm. Well, that scene has been tastefully and rightfully replaced with Skywalker and the lightsaber confirming consent on the SaSie consent app before Luke even thinks about attempting the maneuver. Empowering!

“Yes means Yes” is also making positive changes to the original Star Wars.  We all remember the famous scene where Obi-Wan Kenobi uses “The Force” on two Stormtroopers to get out of a sticky situation by waving his hands and spouting off, “these are not the droids you’re looking for?” Oh Ya? Well this isn’t the rape culture I was looking for, George Lucas!

The famous line has been replaced by a four minute conversation where Obi-Wan attempts to receive consent from the Stormtroopers to enter their brains and trick them into letting the movie’s heroes go. After weighing their wants and needs, the Stormtroopers decide to not give consent, the droids are then quickly captured, and the credits roll.