Joe Biden Yet To Reply To Democratic Debate Evite Reminder 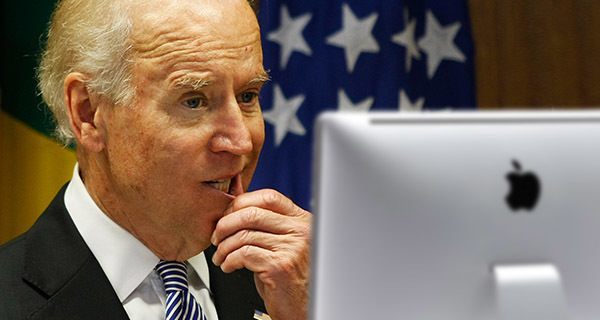 On Tuesday morning, Vice President Joe Biden received an Evite reminder about the first Democratic debate, which he quickly remembered he had yet to reply to.

“Shit. I never RSVP’d to that, did I?” he lamented moments after seeing the email appear in his inbox.

The email, titled “Event Reminder: First Democratic Debate,” arrived in his inbox at 9:15 AM and has already caused Mr. Biden to feel more pressure to run for president. After staring at the email for eleven minutes, debating the best way to reply, he summoned an aide to look at the message.

“What if I just put I’m a ‘maybe’? Or is that awkward at this point? I mean, I’m not a definite ‘yes’ or ‘no.’ I was kind of just planning on playing it by ear, but now I’m wondering if that looks rude,” he said.

The aide confirmed he wasn’t sure either, leaving Mr. Biden to deal with the matter on his own.

Thinking he was ready to finally give a definite answer, Mr. Biden clicked on the RSVP button, only to deliberate for seven more minutes, then close the browser window. He proceeded to reread the invitation 17 additional times to make sure that the date wasn’t perhaps a week from now. Unable to come to a decision, he ultimately marked the email as unread in his inbox, resolving to revisit the issue “later today.”

“It’s just, like, I want to keep tonight free, but not close doors in case I decide I’m game for it, ya know?” he reasoned.

At the time of publication, moderator Anderson Cooper confirms that Biden remains on the “Not Yet Replied” list. “It doesn’t make much of a difference since we all just kind of assumed that Biden was probably never showing up anyway.”