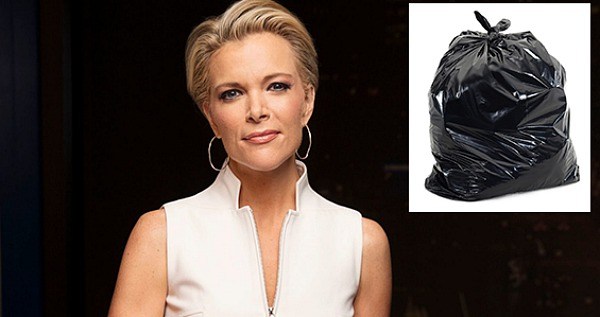 In an effort to grab ratings for the new NBC show, Sunday Night With Megyn Kelly, a spokesperson for the network recently announced the journalist and political commentators’ plan to interview a garbage bag with a racial slur written on it later this summer.

The announcement follows a lackluster showing in viewership after Kelly made the jump from Fox News to NBC earlier this year. Barbara Winston, a Professor of Media Studies at the University of Syracuse, explains that NBC is most likely, “trying to soften Megyn Kelly’s rough edges a bit,” while inviting new viewers with a more easily digestible subject matter.

“After interviewing the likes of Vladimir Putin and Alex Jones, a steaming pile of rotting garbage with a harsh racial slur written across it will likely appeal more to a mainstream audience during prime time hours,” Winston suggested. “Most people’s children won’t even be in bed yet, so the rapidly decaying bag of detritus bearing an offensive racial remark right on the front of it will be a welcome departure from her past guests.”

When pressed about the interview, Kelly confirmed that she does, in fact, plan on interviewing a racial slur that is written across a bag filled with waste, excrement, and daily household refuse, stating, “… I think there’s a lot we can learn from it. The festering heap of putrid garbage may not have the same point of view as many of us but it’s definitely worth learning more about.”

Despite its comparatively wholesome image, the garbage bag with a racial slur written on it in giant letters isn’t without its share of controversy. Just last week, a similar bag was seen hanging nearby a Rochester, Minnesota mosque, causing concern for people attending the service.

In addition to her interview with a bag of filth emblazoned with a derogatory term, Sunday Night With Megyn Kelly producers have also confirmed upcoming interviews with a burning effigy of Barack Obama and a 6th grader who uses the term “gaylord” to make fun of his friends.