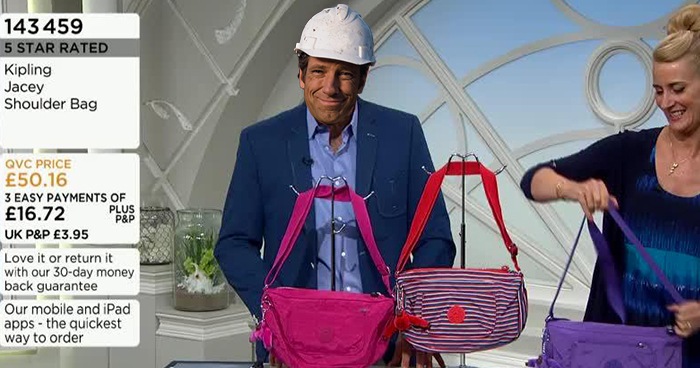 Earlier this week reports surfaced that TV presenter, Mike Rowe, was caught longingly reminiscing about his blue collar start as a purse salesman on the QVC shopping network. The Dirty Jobs star was spotted at local diner Al’s Place talking with a table of coal miners over a hearty meal of Eggs Florentine, sliced organic peaches, and a watermelon agua fresca mimosa.

“Kids these days need to pick themselves up by their bootstraps,” explained Rowe to the table. He continued on, stating that he “didn’t just start off selling Vera Bradley and Prada purses… at QVC they start you off with the cheap stuff and you work your way up.”

Restaurant patron Jenna Sanders indicated that the Deadliest Catch narrator could be heard across the room explaining the basic theory of trickle-down economics to the group he was eating with. “Oh ya, it was right when he ordered a bottle of Perrier mineral water; he just kept on saying that if you loosen stuff up for the big guys, everyone will get a little taste.”

“People don’t need school anymore,” said the Towson University graduate, “It’s all a sham and a waste of money! At QVC you could really tell you did a hard day’s work – half the time I’d walk out of there with purse strap burns going up and down both arms.”