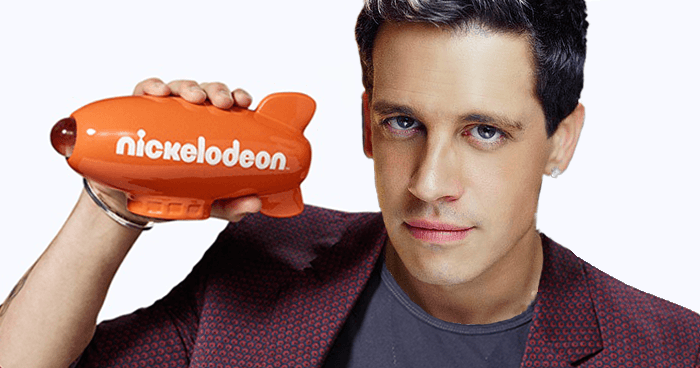 Nickelodeon Executives have decided to cancel Milo Yiannopoulous’ scheduled appearance at the upcoming Kid’s Choice Awards. The former Breitbart Editor, who came under fire for resurfaced comments that many saw as condoning pedophilia, was to present the award for Favorite Animated Movie.

“In light of the controversy surrounding Mr. Yiannopoulous, we have decided to rescind his invite for our annual award show, airing March 11 at 5PM Pacific,” read a statement on the cable network’s Facebook page. “While Nickelodeon has always stood for the tenants of free speech, no matter how unpopular the speech may be, we feel that the comments Milo made in these videos are simply too far and not congruent with the values of our network.”

The decision has generated it’s own share of controversy. While many support the network’s decision, the vocal Alt-Right members of the Twitterverse have launched a trolling campaign at the network’s executives and stars, using the hashtag #YouCantDoThatOnTelevision.

“It’s a dismal state of affairs when the network that gave us Ren and Stimpy gets it’s feelings hurt by comments I made in typical dry, British jest nearly two years ago,” Yiannopoulous posted on his Facebook feed Monday evening. “Although I did look forward to being doused in green slime, I know of a few boyfriends who would be happy to leave me dripping with white [expletive] instead!”

This would not be the first time Nickelodeon has faced backlash for allowing polarizing figures on it’s programming. A 1992 episode of What Would You Do?, which featured controversial “Subway Vigilante” Bernie Goetz as a special guest, led to a walk-out by host Marc Summers and a boycott from several cable companies and advertisers.