Mushroom Trip Off To Bad Start With Discovery Of Dead, Hairless, Baby Bird On Sidewalk 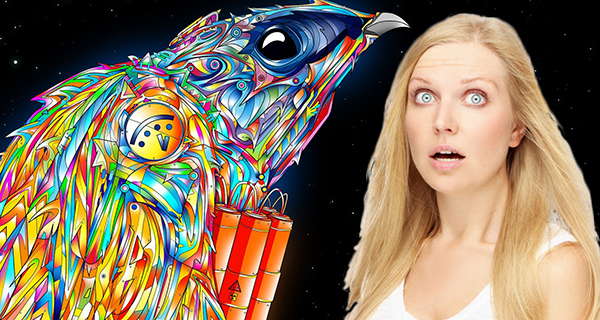 A five-to-seven-hour journey was off to a bad start last Saturday immediately after an Arizona woman stepped outside of her apartment. The trip took a dark turn upon discovering a dead baby bird splattered on the sidewalk, mere minutes after having eaten an eighth of psilocybin mushrooms.

Mia Jones, of Phoenix, had just wrapped up another semester of graduate school, relieved by the prospect of a short break in her studies. That evening, her roommate, Kim Kravtsova, revealed that she had recently purchased mushrooms from an intern at her office, suggesting that the pair “trip” on the “‘shrooms.”

Hoping to wander her neighborhood, perhaps gain a new perspective on some very one-dimensional issues, and laugh almost non-stop for anywhere between one and six hours, the pair finished the bag before heading outside, where their self-described “experience” awaited them.

Jones was not prepared for what would happen next.

“I just started feeling kind of fuzzy when I stepped outside and saw it,” Jones recalls.

Featherless, and with only a few soft, downy hairs coating its tiny body, which seemed urgent and magnified by her ever-dilating pupils, Jones witnessed a dead baby bird laying before her, mere inches from her front door.

“It must have fallen from a tree,” Jones considered. “I tried using a twig to move it into the grass but it was pretty stuck to the ground, so I just had to set a leaf over it and walk away.”

The following hours would be tainted by the memory of her sad discovery, as she struggled to make sense of the world as she knows it.

The pair found themselves upon an empty swing set located in a nearby park, which Jones proceeded to project much undue meaning onto.

“I remember it looking so still, almost frozen, but also kind of pulsating at the same time sort of, except not really, you know?” Jones attempted to explain.

She would spend a good part of the next several hours pondering her own mortality, contemplating what her mother’s childhood may have been like, and staring at an ant as it struggled to carry a pretzel crumb back to its colony.

“I think it may have actually been a couple of different ants,” Jones later considered.

Before heading back, stretching her 8 minute walk home into a two hour aversion tactic after accidentally making eye contact with a stray cat, Jones allowed herself roughly 20-25 minutes to cry, “because it just felt really good.”

The dead bird was inexplicably missing upon returning home, leading Jones to consider whether it was ever even there in the first place.