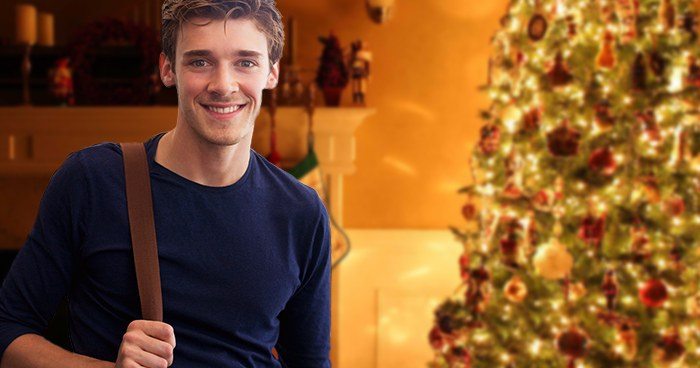 Sam Harris, college freshman, is eager to return home for winter break to demonstrate to friends and family just how much he has grown and evolved in the last semester.

Harris has been living in a dormitory with seventy-five other students, with constant access to various on-campus resources for everything from class registration to food. Despite living only two and a half hours away, he feels that his newfound independence should be obvious to those that know him.

By semester’s end, Harris reports that he had joined an intercollegiate kickball team and earned passing grades in three of his school’s required core courses, plus one elective he took “Because it looked easy.”

“I’ve even had sex, like twice,” Harris commented eagerly when asked about his accomplishments.

Harris cannot wait to show his high school friend group – which consists of four other males of his same age and demographic – all of the changes he’s experienced since they parted ways after “friendsgiving,” less than a month ago. “I can’t wait to go to our favorite diner with the boys, and provocatively ask them if they consider themselves feminists before we go watch our high school football game, just like the old days, four months ago” he stated. “I mean, for the record, I consider myself a feminist.”

“I’m an entirely new man now. I don’t even know if they’ll recognize me. My hair is a little longer, my face less child-like, I’ve experienced life. I’m not even on my parents’ Netflix subscription anymore – I steal my roommates’ password instead. I’m not the same kid who was smoking weed in the high school parking lot. I smoke weed out my own window now, like an adult.”

In addition to increased sexual proficiency and a “less lame” relationship to drugs, Harris notes his greatly expanded worldview, stating, “Now, I think about the important stuff – like…are humans inherently good, or bad? It’s this kind of high-level conversation starter that I think is really going to impress and not at all annoy my friends and family.”

At press time, Harris was reportedly trying to get his older brother to buy him booze.