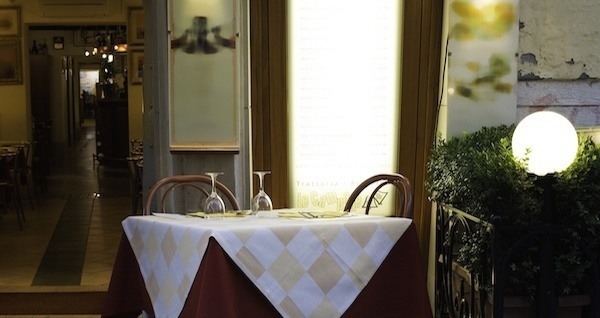 The restaurant is known for its “wide variety of tables.”

As February 14th approaches, the Village Trattoria Italian restaurant in Bedford, IA, is preparing for the most special night of the year: the night they make 96% of their annual profit.

As the only Italian restaurant in town—and indeed, the only restaurant that is not a McDonalds, Starbucks, or Wild Willy’s World Of Ribs & Strip Emporium—the venue is an obvious draw for those looking to celebrate the season of romance without traveling far from home. Unfortunately, the total number of customers for the remaining 364 days of the year dwindles in the double digits.

“If it wasn’t for Valentine’s Day, we would have gone under around, oh, 1998,” says manager Sofia Lupo. “Every year, we have so many people looking to book a romantic Valentine’s dinner within four miles of their babysitter, that the first seating is at three in the afternoon. Every year we find at least six intoxicated couples getting it on in the coat room before the school buses have even rolled out. But then the rest of the year? Niente.”

When asked about Village Trattoria, locals are largely positive. “Oh yeah, the Italian joint! That place is great,” enthused plumber Joey Finch. “I take my wife there every year—we love that guy, what’s his name… Mario? Alberto? Luigi? Something like that,” he continued, referencing owner and maître d’ Kevin Testa, the man whose hand Finch has shaken every February 14th for the past 18 years.

“Our second biggest night of the year is actually the day after Valentine’s Day, weirdly enough,” confides Testa. “That’s when you get the guys who forgot it was happening and try to make it up to their wives, who just sit and glare at them in silence throughout the meal. We only get about four couples all night, but they always tip big because it’s just so awkward for everyone.”

Attempts to lure diners on other days of the year have proved fruitless so far. “We tried coupons, we tried live entertainment,” says Lupo. “One time, two of our waiters tried to make a viral video by recreating the kissing scene from Lady And The Tramp with two vicious stray dogs in the parking lot. All I’ll say about that disaster is you don’t know how hard it is to wash a mix of blood, dog crap, and spaghetti sauce out of your clothes until you’ve done it.”

When asked what they do with the ample empty space for the other 98% of the year, Testa said, “Amateur fight clubs, sock hockey, episode tapings for public access cooking shows, you name it, unless it’s serving food and being a functional restaurant.”

Despite the business hinging on a single day’s commerce each year, Testa remains positive. “At the end of the day, at least we’ve got the Italian/romantic thing going for us, so we’ll always have the Valentine’s crowd,” he shrugs. “Unless someone opens a French restaurant. Then we’re basically fucked.”