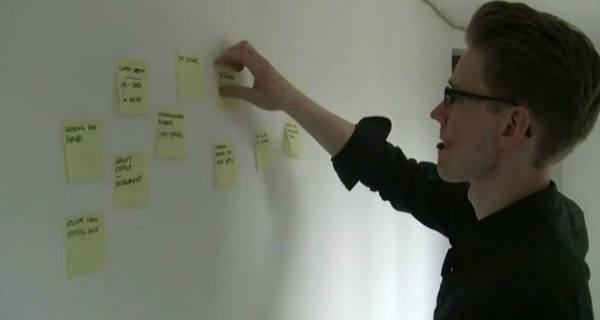 On college campuses across the country, students have devoted precious moments to carefully considering what school supplies it might take to stay organized this school year. However, just a month into the 2015 academic year, Syracuse University sophomore Carl Wall, is already redesigning his strategy.

“I really had the best intentions, springing for index cards and those sticky tabs in a bunch of different colors, but I tried to cut corners with the 5-subject notebook,” said Wall.

Although Wall is enrolled in four different courses, he states the additional “free” subject provided in the notebook led to the downfall of his well-meaning plan. “I thought I could use the extra pages for spillover from the other subjects, but it just doesn’t work like that. They gotta stay together,” said Wall. “Looking back on my plan at the beginning of the semester, it just seems like a joke. It pretty much went to shit after three weeks.”

Wall is determined not to repeat the same mistakes before winter break.

After several minutes of careful consideration in a packed aisle of Staples, he devised a new strategy in the hopes of staying well-organized through finals. “I’ve experienced failure, and I’m not holding back. I plan to come back strong with a notebook for each course, each with a different color cover. I’ll probably try to get some Sharpies too.”

As a nod to his roots as a former high school student, Wall is taking the “LockerMate method” of organizing his workspace and adapting it to his 15-by-9-foot shared dorm room.

“My defensive strategy is to stay on top of shit with an ‘accordion folder plus Post-Its’ combo,” he stated. “The Post-Its are really gonna carry me past midterms this time. They’re solid, tough, and their unparalleled ability to stick onto other things will give me an edge this time around. Plus there’s a ton of them in the package.”

When reached for further comment, Wall’s roommate confirmed the purchase of a large At-A-Glance desk calendar, adding that the note “get Post-It’s” was marked as early as October 4th, and again on October 17th.