Which Shitty Excuse Will You Use To Not Vote In 2016? 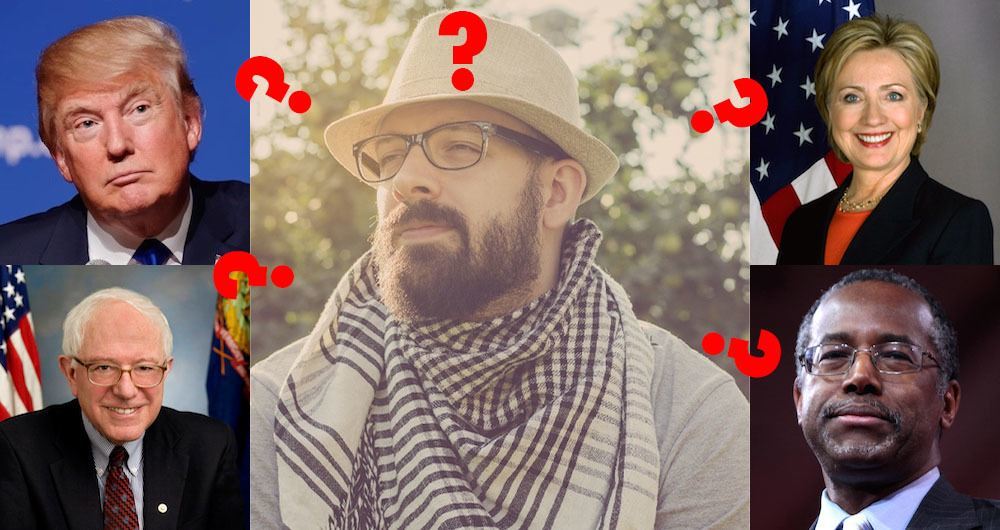 He won’t vote next year, but don’t worry, he’ll craft a really biting tweet explaining why.

Since the 2016 elections are just a year away, it’s time to get educated on which excuses for not voting align best with your values. Here are five totally legitimate-sounding reasons for why you simply can’t be bothered to exercise a right that many humans would kill for.

1. “I Don’t Support Any of the Candidates”

This is a great one for when you’re feeling especially self-righteous. Not only does it sound like you’ve actually done your research, but it makes you seem like a cut above everyone else in the critical thinking department. It doesn’t matter that there’s literally no way you couldn’t prefer one candidate over another if you’ve been paying even the slightest bit of attention. Because at the end of the day, registering to vote is kind of a to-do.

No one can argue with this one. You’re just being logical, and anyone who disagrees is embarrassingly naïve or deeply irrational. Never mind that if every single person were as selfish as you, the entire democratic process could crumble and all the amazing luxuries you enjoy because of people who actually gave a shit would be lost. Seriously, just keep trolling the Made Me Smile subreddit!

This is kind of like number one, but it sounds even more hardcore. You haven’t just out-thought a few measly candidates, you’ve outthought and dismissed an entire political structure, and you’re so incredibly principled that you just can’t bring yourself to participate. Wow. This is some next-level morality nobody will dare mess with.

This is a super sneaky one—especially during the primaries, because it makes you look like a total hero for consciously not making an ill-informed decision that could affect others. Plus, it’s so disarmingly honest, people can’t but help admire it. The thing is, there technically isn’t a reason to not get informed except for your own basic shittiness. Luckily, you’ll seem so refreshingly selfless, nobody will notice!

Wait, wait, our bad—that’s the real reason you don’t vote. Forget this one and just stick to reasons one through four. You’re gonna look awesome.