Runt Editorial: We Boiled The Road Runner Alive And Yah, We Got Off On It 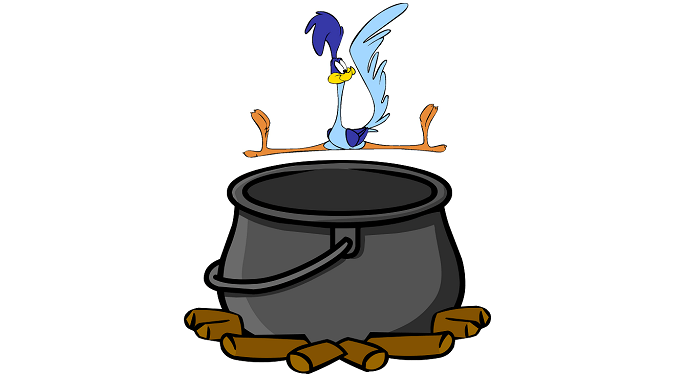 We got bored in the office last Friday, so we decided to boil the Road Runner alive. It wasn’t even for a stew or anything. We just felt like doing it.

He was really screeching when we shoved him legs-first into the boiling cauldron of water. If we had planned it out better, we probably would have put him in head-first or whacked him with a gourd beforehand. But we didn’t.

Either way, within a minute the once transparent vat became a mishmash of bristly feathers and what we can only assume were organs or whatever. If someone unfamiliar with the situation walked by, they probably would think we accidentally dropped a blue headdress into a pot.

Before you ask, we enjoyed it a lot more than we thought. One of our staff writers said it was the closest she’s felt to the omnipresent realities of nature since she was in the womb, and she’s one-eighth Navajo.

Anyway, you won’t be seeing that Road Runner around here anymore.