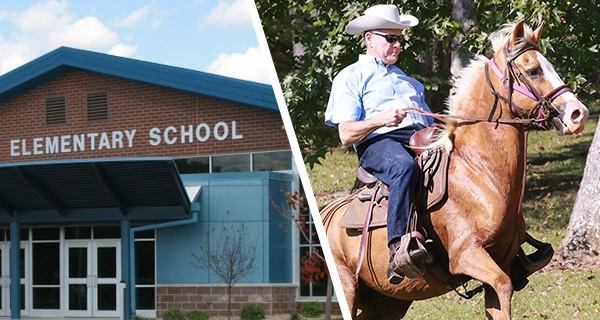 Earlier today it was reported that Republican candidate for Alabama Senate, Roy Moore, will be casting his vote from 200 yards away from his polling center. The Senate hopeful, who has been embroiled in controversy after multiple child molestation allegations, was assigned Ivalee Elementary School as his polling place.

According to an itinerary sent out last week, the Moore Campaign had planned a whole event revolving around the Judge riding in on horseback to cast his vote today. McCarthy explained, “It’s just a shame that he will now need to use a trebuchet to literally catapult his vote into the school’s basement.”

“The whole process felt a little backward from the beginning,” admitted inventor Adam Westby of Mobile, who was tapped to create the trebuchet to launch Moore’s ballot into the school. “I mean personally I would have just lived a life where you don’t have to be banned from places that children are at, but if you need a piece of medieval equipment in order to vote, I’ll help out if the price is right.”

The Alabama Voting Commission released a joint statement stating, “Because of the circumstances with Judge Moore and his unorthodox voting method, we may change voting laws moving forward.” The Commission has explained that future voting may not only require voter registration and a photo I.D. in Alabama but also require voters to, “Vote via their choice of antiquated weaponry in order to even the playing field for Judge Moore and those in similar positions.”

Reports also show that Roy Moore will be forced to stay away from the Alabama Republican Party election headquarters tonight. The party will be taking place at the Dave and Busters in the Gadsden Mall. Moore campaign officials say that the candidate will be “Skyping in from a distance of no less than 300 feet from the perimeter of mall property, as ordered by the Gallant Police Department.”

Moore campaign advisers have also advised him to sign his ballot with his left hand, so as to avoid handwriting comparisons of “Those obviously faked yet admittedly specific yearbook notes.”