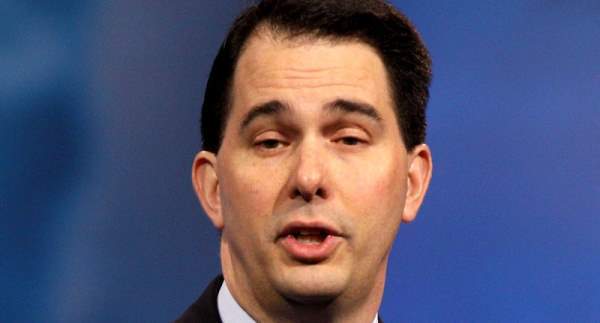 Scott Walker recently launched his campaign for President, becoming the latest candidate in an already crowded Republican primary race seeking nomination. These are ten facts every voter needs to know about the Wisconsin governor:

1. Life is loosely based on the 90’s television series, Walker, Texas Ranger.

2. In 2010, swept Democratic Governor Jim Doyle out of power in a bloodless coup.

3. Armed with the mythical Trident of Executive Office, Walker defeated over 100,000 union members and their pensions in lone combat.

4. Governor of Wisconsin, which has been a state since 1848 apparently.

6. College nickname was “Niedermeyer”, after Mark Metcalf’s character in Animal House, the discovery of which later drove Metcalf to suicide.

7. Survived a 2012 recall collection by hiding among a traveling circus of moderate Republicans.

8. Rejected $37.6M in healthcare funds by gouging out the eyes of the local head of the U.S. Department of Health and Human Services and sending them back to Washington D.C.

9. Offers the fact that he rides a motorcycle unprompted.

10. Presidential bid is endorsed by Americans In Support of Non-Viable Candidates.