Real Talk: I Chose The Berghdal Case Just So I Could Send Dana To Afghanistan 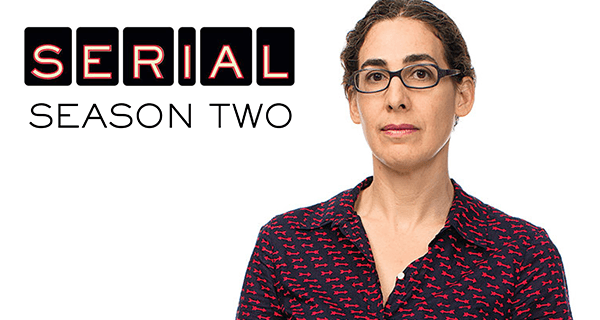 Alright guys. I know what you’ve all been saying. I unexpectedly dropped the inevitable flaming dog turd that is Season 2 of Serial out of the blue on a random Thursday morning.

I know people have been critical of the long gap of time between seasons, and I’m thrilled to finally share that the wait was not for naught: I assure you, I have spent every waking moment of the past eleven months brainstorming new and interesting ways to terrorize Dana while she spends ten weeks running around the Middle East on a hilarious series of fools’ errands.

“Sarah!” You’re saying. “How can you possibly hope to needlessly torture that sniveling ass-kisser Dana more than you did in season one?” And to you I say: that was just my warmup round.

I realize it may seem like I have an unfounded vendetta against Dana.  “Aren’t there worse things than a vanilla lackey who may be overeager, but is ultimately totally inoffensive?” you may ask. What you might not know is that “Dana” was never in the picture until Ira Glass “suggested” I needed a co-producer, as if I—a former East Hampton Star Reporter—couldn’t get to the bottom of a high school murder mystery unaided. I might not be able to say “no” to Ira Fucking Glass, but I can at least spend my remaining days making Dana’s life a veritable hell on earth.

For the masses who have criticized me for picking a case that I myself have publicly decried as being way less interesting than Adnan’s, this decision accomplishes one major criterium, and that’s my ability to send that toadying weakling Dana Chivvis to Afghanistan.

Yeah, I had fun sleuthing out clues like cell tower data and missing pay phones last season, but nothing gave me more satisfaction than making that lily-assed milksop race her 1997 Ford Escort around the Baltimore suburbs to beat some arbitrary stopwatch. I really just needed to get to the Mall of Baltimore Lenscrafters for some trendy new glasses and super didn’t want to drive myself.

Lucky for all of you, I have 11 new Moleskines full of even more inventive guises for completely ruining that parasitic underling’s life.  For example, I will most definitely ask Dana to translate Pashto with a water-damaged tourist’s dictionary in enemy territory to “replicate Berghdal’s actions that night” or some fruitlessly complicated bullshit like that.

I’m also toying with the idea of getting a small group of Muslim thespians to dress like Taliban members and kidnap her in the night.

I’ll level with you; I have no idea what Adnan’s cell service provider actually was last season. I just wanted to see if Dana would actually spend three weeks combing through 14 years of their phone plan policies and SHE FUCKING DID IT.

She just makes it too easy.

I don’t want to give away the cow before the season even gets started, but suffice it to say you’re in for a wild ride over the next 10 episodes. I may not be able to promise you a compelling case, location, sources, or storytelling, but I can promise you Dana “Are You Sure I Can’t Wear Camouflage?”  Chivvis running around Yahya Kheyl in the dead of night to test some inane theory dreamed up on the “Have You Ever Noticed ‘Hae’ Rhymes With ‘Jay?'” subreddit.

As for the next season, I have three words for you: Mother. Fucking. ISIS.