Sustainability Win! This Family Is Going Car-Free For Six Months While It’s Impounded! 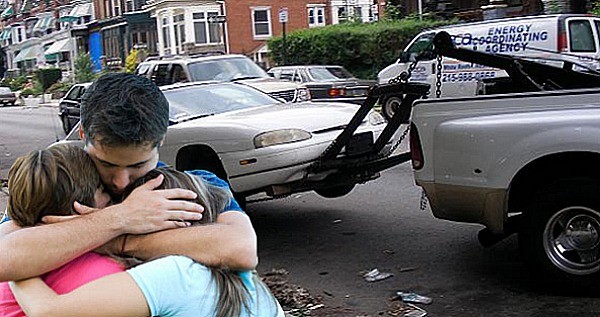 When it comes to being environmentally conscious, we could all learn a thing or two from the Garcia family.

As more and more drivers are cutting back on the use of cars, the family of Jorge, Maria, and their two children, Eddie and Vanessa, said so long and farewell to their 1998 Toyota Corolla earlier this month. The forward-thinking family of four has set an ambitious goal of going 100% car-free for at least 6 months, or until they can come up with the money needed to get it out of a local impound lot.

Thanks to increasing investment in local public transit and bicycle infrastructure, the Garcias will join thousands of climate-conscious individuals who are making a noble sacrifice for the environment.

It won’t be easy, but surely the knowledge that they are contributing to the good of the planet will outweigh any difficulties they face during this major life change and helps ease the stress of seeing the vehicle they depend on daily forcibly repossessed from their driveway by a bank that clearly doesn’t care to hear about any “unforeseen medical emergencies.”

The family had heard of other people saying “So long!” to their gas guzzling, polluting metal boxes, but originally hadn’t considered it for themselves. Everyone’s path to living a green lifestyle is different, and for this family, the tipping point came when they had no choice in the matter whatsoever.

Working towards a sustainable future means more people need to follow in the footsteps of this self-sacrificing family. When we all act collectively, many actions that seem small individually can make a big difference together, and the Garcia family is certainly doing their part.

These days, the kids are taking the bus, Jorge leaves for work a whole two hours earlier to get there by bike, and Maria has even begun looking for a second job in an effort to get their car out of repo, settle any fines, catch up on payments, make rent, and just basically stay alive.

Since Grandma Garcia has rapidly rising health care costs, the family may decide to commit to alternative, sustainable transportation for even longer. The way things look right now, they may be car-less forever! Awesome!