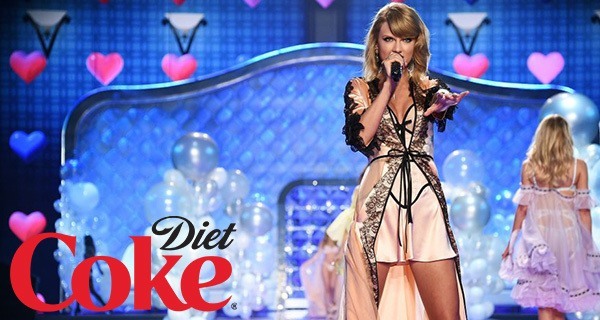 After inserting herself into Nicki Minaj’s criticism of racism and sexism in the music industry, Taylor Swift experienced a backlash for her tone-deaf response to the rapper’s argument. However, Swift has taken matters into her own hands and apologized the only way she can: in a Diet Coke commercial starring 9,831 white Victoria’s Secret Angels.

“I missed the point,” said Swift, “and I’m still not sure what it was, but I hope this Diet Coke commercial featuring my thousands of best friends dancing to my new single shows Nicki that I’m truly sorry.”

The TV ad was Coke’s most expensive to date, costing a record 8.3 million dollars. With such vast resources, Swift says she was adamant about using it as a platform to pay tribute to strong African American women.

“I thought it would super cool to film where Rosa Parks began her bus boycott,” said Swift. “So our amazing special effects team turned a little block of Montgomery, Alabama into the surface of Jupiter, where I save a colony of beautiful aliens from thirst by delivering them a spaceship of Diet Coke. Spoiler alert: it ends with some out-of-this-world twerking.”

Swift also says she made an effort to feature a diverse range of women and body types, pointing out a brief moment in the commercial where Lena Dunham sits by a zero gravity swimming pool, dressed head-to-toe in a NASA space suit. “Plus, Selena Gomez is Latina,” Swift added. “She’s not in the ad, but we’re friends.”

The single featured in the commercial is titled “You’re Invited” and was co-written by Swift, Max Martin, and 23 other producers after the pop star’s PR team suggested that they might be able to piggyback on the buzz surrounding the exchange with Minaj. “Also, Karlie Kloss is a ridiculously epic rapper, so I let her freestyle as an homage to urban music.”