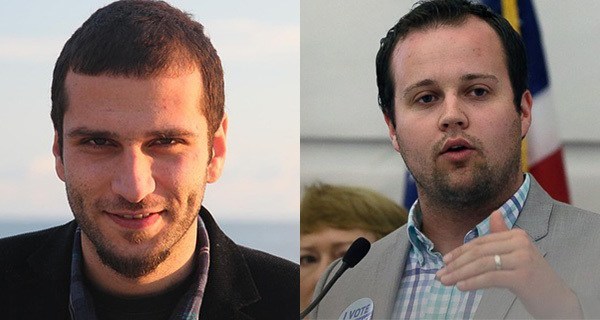 While Durfee is a virtual unknown to mainstream audiences, he has a formidable list of credentials, including 58 brothers and 63 sisters.

“We’re so grateful to the Duggars for their unwavering dedication to a long tradition of incest,” said a TLC spokesperson, “but our viewers’ tastes have changed over the past 10 years. We’re confident that Vern Scott Durfee is the perfect ambassador to a new generation of sex offender apologists.”

“Audiences today are smarter. They don’t want to be spoon-fed molestation; they want subtle molestation. They want to figure it out for themselves.”

What sets Durfee apart from his predecessor is his cutting-edge, indie brand of quietly acknowledged violation. Since the age of 11, he’s balanced the demands of psychologically damaging his younger sisters while successfully dodging any sort of formal punishment. On top of his demanding schedule, he’s never let a single polo shirt go untucked into a pair of light wash bootleg jeans.

“He’s a professional. He doesn’t leave a trace, and yet the abuse is palpable,” commented a coworker of Durfee’s from the Third-Term Fetal Health Institute, where he holds a board position.

Durfee also belongs to a strict sect of Christianity that forbids women from wearing anything less than 19 layers of knitwear purchased from the juniors section at Marshalls.

A self-described “chaperoned courtship nerd,” he is equally—if not more—dedicated to the craft of inserting himself into his family members’ sexual development. “Ever since I could walk, I was obsessed with protecting the chastity of my blood-related female relatives. It was the only thing that made me happy.”

Since then, he’s wowed audiences with a masterly crafted brand of harmful manipulation parading as wholesomeness. “With Durfee, you have the feeling some sort of dark transgression is going on, but it’s all just kind of bubbling under the surface. He makes you wait.”

While Durfee’s show is yet to be titled, TLC has confirmed it will star all 121 of his siblings.