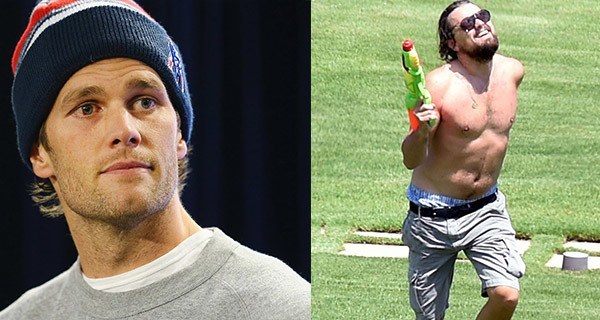 After a comprehensive investigation into Leonardo DiCaprio’s deflated body, a just-released report confirms that Tom Brady was “at least generally aware” of the decreasing muscular definition of his wife’s ex-boyfriend.

The report details multiple incidents where Brady’s complicity in DiCaprio’s binge snacking was “more probable than not,” including a gala in February where he watched DiCaprio dip approximately 32 strawberries into a chocolate fountain. Afterwards, the NFL star sent a round of Mai Tais to his table, whispering to the bartender, “And if you wanna top that with some whipped cream, who’s counting calories?”

Brady maintains that he was completely uninvolved in DiCaprio’s increasingly shapeless body and stands by his “I didn’t alter the flab” statement from January. However, the report claims that Brady sent a package of peanut butter Combos to DiCaprio’s 40th birthday party.

Maguire: I have a costco tub of cheese puffs for u this week

Blaine: we better get that coke

Maguire: Fuck tom… make sure u add m&ms to the party mix

DiCaprio could not be reached for comment as he’s been on a three-week yacht bender, which only models and Jonah Hill were allowed to attend.