Awesome! This Man Loved True Crime Stories So Much He Killed His Whole Family 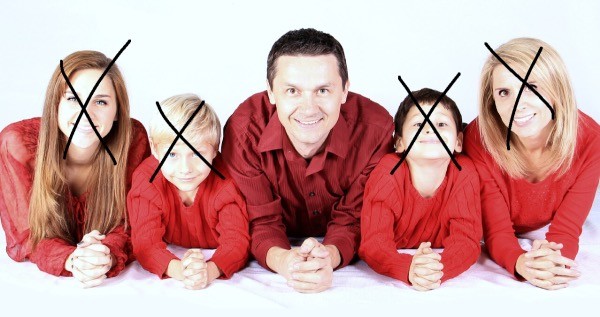 Wondering how to fill the void left after watching The Jinx, binging Making a Murderer and crushing The Case of Jonbenet Ramsey? Look no further.

Meet Mark Holmstead, Michigan (former) father of three who felt just like you, only this hero did something about it. Mark killed his entire family to do his part to make sure networks would continue to have plenty of true crime material. Talk about Dad Goals!

In true dad form he went right to his backyard and started planning the brutal murder of his wife of 23 years and three beautiful children. He even dug graves underneath his shed in a nod to some of the more vintage true crime stories like John Wayne Gacy. And to think last week you all thought some guy’s homemade Ninja Warrior course was cool!

Though currently in custody, Mark has made it clear that he hopes his slaughtering of his loved ones pleases fans of Making a Murder and the like while also bringing something new to the table. “Honestly I thought The Jinx was a bit on the nose at times and we all got a bit of OJ overload in the spring so I felt like the genre was getting stale and needed a mixing up,” said Mark while simultaneously vehemently denying the fact that he skinned his wife alive and made his children eat her remains to his local law enforcement.

An inside source also claims that they’re probably going to leak the crime scene footage, especially some closeup shots of his mutilated kids’ bodies midway through the trial, sure to cause a media circus, mistrial, and potential season 2 spinoffs.

Mark is encouraging anyone and everyone to come forward and do whatever they can to create as much buzz as possible, noting that false witnesses, circumstantial evidence, and bugled DNA results will only make for better TV!

Thanks again Mark, we don’t deserve you. Here’s to wishing him a lengthy and dramatic appeals process.