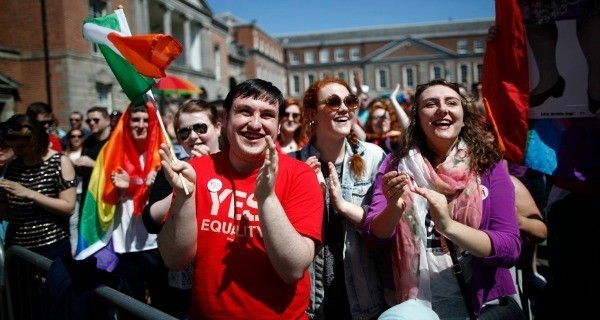 On Saturday, voters in Ireland overwhelmingly chose to legalize same-sex marriage by letting its citizens directly make a decision an issue, causing the US government to revise its own stance on popular vote.

The Emerald Isle’s landslide success with popular vote has provided valuable proof that members of democracies are capable of having opinions. With 60 percent of eligible Irish voters casting ballots on the issue of legalizing gay marriage, the American government is starting to feel pressure to revise its stance on allowing their own citizens to make a dent in policy.

“Today is a huge day for voting rights,” said a supporter. “The fact that a socially conservative country was able to be so open-minded makes me hopeful that one day, I’ll be allowed to have a say in my country’s policy.”

Democrats in Congress have already begun drafting a petition to legalize popular vote, which would then be submitted to the Supreme Court, where justices would decide whether it would allow its citizens to have any sort of direct influence on government policy.

However, others remain skeptical of legalizing popular vote. “Just because you live in a country, doesn’t mean you should decide what happens in it,” said a lobbyist. “Some people think they can choose to vote, but God doesn’t make mistakes. He wants you to always believe in whatever politicians tell you to.”

“Everyone knows that voting should be between elected officials and elected officials,” said presidential candidate Rand Paul at a press conference. “If we let citizens decide on issues, what’s next? Are we gonna let dogs vote, too?”