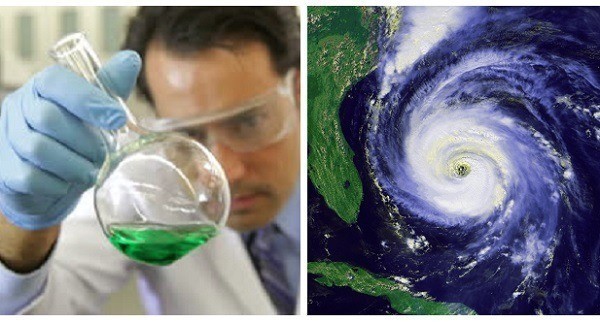 In news that has shocked the world and rocked the scientific community, almost 5 thousand scientists came forward today to confess to a massive climate change conspiracy that infiltrated the highest ranks of government and academia over several decades.

Speaking at a press conference in New York, climatologist Richard Dyson described how a seemingly harmless lark all went terribly wrong. “Back in 1992, a colleague and I exchanged some water cooler talk about how the current summer seemed hotter than the previous without any apparent reason. That moment, my scheme was hatched.”

Dyson then conceived of the idea that Earth was getting warmer primarily due to human activities, an idea he called “global warming.” From there, Dyson says the plan was simple: “Make up some data points, coin some new scary terms, publish a couple of papers, and then hello two week conference in Madrid!”

But after the initial success, including a 10 day all-expenses paid trip to Fort Lauderdale, Dyson was no longer able to control the chain of events that he had set off. Soon enough, scientists across the globe were publishing their own articles to secure trips to Cancun or if they were especially convincing, Aruba.

It only got worse as the public at large began to believe in the climate change conspiracy. Dyson remarked, “I was having to tell all these powerful officials with a straight face that we should consider treating the planet better.”

Dyson did recall there were some close calls. “Our plans were almost foiled when it snowed in April in 2006, but then we just changed the wording from ‘global warming’ to ‘climate change.’ No one was the wiser, even with three inches of snow on the ground over Easter weekend.”

When asked why they decided to come clean after 20 years of keeping up the charade, Dyson simply responded, “I’m real tired of Al Gore landing his private jet in my backyard.”

Dyson added finally, “We don’t really understand how people believed any of this shit in the first place.”