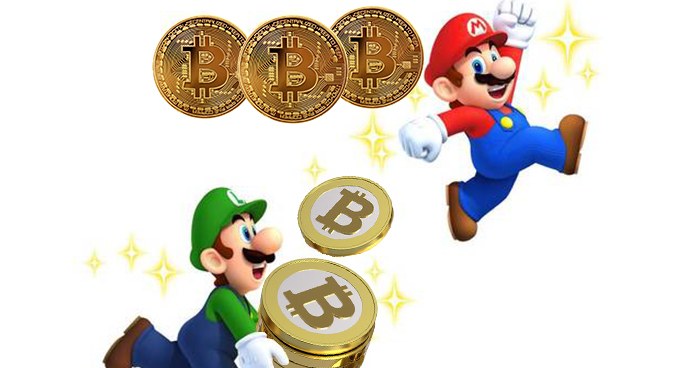 In a move that has shocked economists around the world, the Mushroom Kingdom has radically restructured their economy by switching from the gold standard to Bitcoin. They are the first nation in the multiverse to officially adopt a cryptocurrency as the coin of the realm.

“We were starting to run out of gold coins,” said current monarch Princess Peach. “We’ve been storing them in brick walls and turtle shells for safekeeping for generations, but our reserves keep getting depleted. We needed to secure our financial future by relying on a currency that you can’t leave floating in the air.”

This isn’t the first time that a magical fiefdom has traded in gold for an alternative standard. The People’s Republic of Hyrule drew derision from the U.N. for its decision to switch from gold to rupees in 1986.

“They mocked us for being backwater crystal-worshippers, but we got the last laugh,” said opposition party leader Ganondorf. “Hyrule is so prosperous now that you can’t mow a lawn without finding enough rupees to pay for a semester of community college.”

“I smashed-a wall of bricks yesterday and I got dis,” said Mario, owner of the Mushroom Kingdom’s most successful plumbing company. “A notice that-a I gotta a 5% of a Bitcoin. What bullshit-a is dis? I canna put no pepperonis on my pizza with-a a transaction approval email! And Toad at the Castle Boutique-a won’t sell me a patent-leather Tanooki Suit forra Bitcoin!”

Financial advisor Kamek Koopa is optimistic that the kingdom will quickly adapt to the change and get back to the endless cycle of monarch kidnapping and pitiless human-turtle warfare that has dominated the kingdom for millenia.

“We may still live in giant mushrooms and telecommute on huge vines, but we’re in the 21st century now,” the wizard said as he cast a spell that grew his bank account ten times its original size.

“We have to get with the times. Cryptocurrency is only the beginning — soon we’ll have ride-sharing Yoshi services, automated Princess snatchers, self-serve Toad bodegas… People are afraid of change, that’s all. Everybody thought we were insane when we legalized magic mushrooms back in the 1980s and look at where we’re at now.”