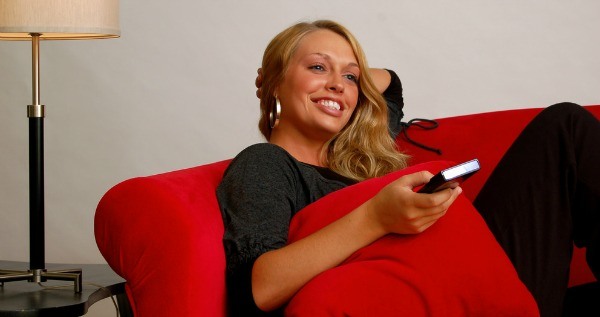 Washington D.C. resident Virginia Hudson released a contented sigh last Monday evening upon finishing the latest episode of The Bachelorette, a show that she has been watching “ironically” for the last 12 years.

“What an awful show right?” Hudson commented. “I could barely get through it.”

While starting with The Bachelorette as a young teenager, her ironic duties have since expanded to include additional franchise spin-offs The Bachelor, The Bachelor Pad, and Bachelor in Paradise.

“Can you believe they made a Bachelor in Paradise: After Paradise? It looks so bad,” Hudson said. “I’m gonna start watching old episodes as soon as possible.”

Each week, Hudson hosts a hate-watching party for her friends, where they discuss in detail the pros and cons of the contestants in an effort to determine who would be the best match for the bachelorette, Rachel. Although several of the women claim the show is at times “too uncomfortable to bear,” with glasses of pink wine in hand, they never miss a minute.

“Every episode I’m like, who would watch this? And every episode, I wonder if Rachel will find true love,” Hudson stated. “She definitely deserves it.”

Hudson states that she loves hosting the watch parties and contends that it is a great way to let off steam. As an accountant who works long hours and has little time for leisure, Hudson prefers watching the show over other more intellectual pursuits for its contrast to her normal daily activities.

Though Hudson emphasizes that the show is garbage, her feelings towards the contestants reflect genuine interest and compassion and she spends what free time she has following up on the Wikipedia pages of previous participants. Hudson even admits that the couples that have gone on to get married give her hope for her own future. “They’re all complete idiots! I wonder if Blake K. is still single though,” she mused.

Considering The Bachelorette’s popularity, it’s unlikely ABC will be canceling the show anytime soon. If Hudson is lucky, she could be watching it ironically for the rest of her life.