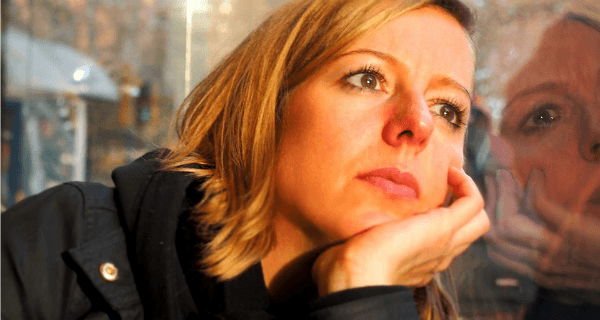 An existential crisis ensued on Interstate Highway 10 earlier this week, after a 34-year-old woman was made aware of an alarming truth. Corrected by a friend seated in the passenger seat, the Louisiana native was horrified to learn that the year 1996 — her freshman year of high school — occurred not 10, but 20 years ago.

Sources report that New Orleans resident Abbey Kramer abruptly began “zoning out” in her 2008 Mazda 3, after hearing her friend deliver the startling news. “She said something about Britney not looking older than she did in the Stronger video from 10 years ago,” recalls friend Monique Jenkins. “When I corrected her she got all weird, and then the car started slowing down.”

Initially chalking it up to engine trouble, Jenkins quickly realized that she had inadvertently struck a nerve. “I asked her if everything was OK and she just kind of stared straight ahead for like, a full 30 seconds, totally quiet,” Jenkins states.

“When she turned off the Everclear CD she was listening to, I knew something was up” Jenkins recalls.

Kramer has since been forced to look at what’s become of her life in the 16 years since graduating high school, a reflective journey she describes as both “eye opening” and “depressing as shit.”

“I mean, I know it’s been 20 years but I didn’t realize it, you know what I mean?” Kramer states. “Like, what have I been doing this whole time? My five-year plan has had four chances to fulfill itself by now and I’m working at the Marshall’s down the street from the Marshall’s I worked at in high school. Fuck.”

The revelation does not come as news to Kramer’s many, supportive friends.  “With how often she still does that ‘How you doin’,’ Joey-from-Friends thing, I can honestly say I’m not the least bit surprised,” says roommate Alex Tsung.

With the worst years of her life left ahead of her, Kramer is excited to pursue the many options available. “I guess I could go back to school? I don’t know. Maybe an air conditioner will fall on me or something,” Kramer considers. “That Britney sure is aging well though, huh?”