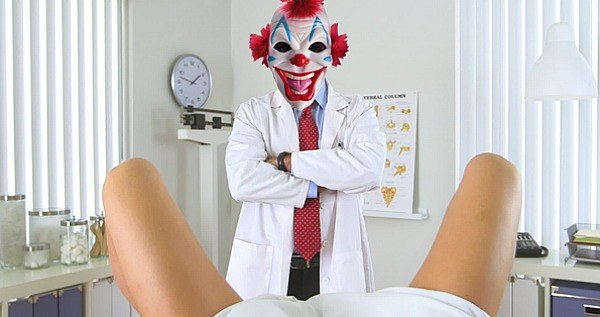 Women’s rights activists are reeling over a recently revealed House bill that places further restrictions on abortion clinics. Under the controversial proposal, doctors would be mandated to wear unnerving rubber clown masks while conducting the procedure.

“We’re doing this to protect the health of the mother,” said Speaker Paul Ryan. “If you’re not ready to be stared down by the soulless, blank face of a harlequin demon, then perhaps you’re not ready to terminate a pregnancy. Women need to be informed.”

Those who provide abortion services have condemned the bill in strong terms. “This is yet another made-up precaution meant to scare women from a safe, invaluable procedure,” said Planned Parenthood spokeswoman Sally Durand. “I can’t believe I have to say this, but there is zero medical evidence that looking deeply into the eyes of a twisted children’s entertainer has any positive impact on the emotional weight of an abortion.”

The bill stipulates that the clown masks, “must completely cover the doctor’s face, feature a prominent red nose, and display a smile or frown of at least 4 inches in height as to facilitate both the remembrance of childhood fears and the creation of new, adult clown phobias.”

Speaker Ryan added that while the bill does not mandate that doctors speak to potential clients in a sinister-yet-sing-song clown voice during the procedure, such behavior is indeed encouraged.

While male Republicans have openly defended the bill against claims of unnecessary cruelty toward women, female Republican representatives have been notably silent. When asked whether she planned to vote for the controversial clown measure, Barbara Comstock (R-VA) said, “I will vote for it, yes. Virginia is home to the country’s largest rubber mask factory. Plainly: this bill is what my constituents need.”

Sources say a vote on the clown bill could come as early as next week.

In related news, rumors are circulating on Capitol Hill of upcoming legislation requiring parents of prospective Medicare recipients to sign a statement saying that they are, “… not mad, just disappointed,” before their children can receive coverage.